Itsy Bitsy History of the Bikini

What do nuclear science and beachwear have in common? Would you believe the invention of the bikini? In July 1946, two French designers, Jacques Heim and Louis Reard, almost simultaneously unveiled a scandalous redesign of women’s swimwear. Heim called his the “atom” and advertised it as “the world’s smallest bathing suit.” Reard’s version — a bra top and two inverted triangles of cloth connected by string — was made of 30 inches of fabric and was promoted as “smaller than the world’s smallest bathing suit.” He named it the bikini after the Bikini Atoll in the Pacific Ocean where the U.S. had just conducted an atomic test. When no models would don the skimpy suit, Reard turned to Micheline Bernardini, an exotic dancer at the Casino de Paris, to show it off. The swimsuit became commonly worn on European beaches in the 1950s.

In America, women resisted, and the bikini did not become common until the early 1960s. The main hurdle being  — belly buttons.  Earlier two-piece bathing suits were worn before the bikini but hid the midriff. Annette Funicello, who got her start working for Disney, opened the door to “navel-baring” bikinis in the “Beach Blanket” movies in the mid 1960s. The bikini gained even more popularity through the California surfing culture celebrated by rock groups like the Beach Boys. 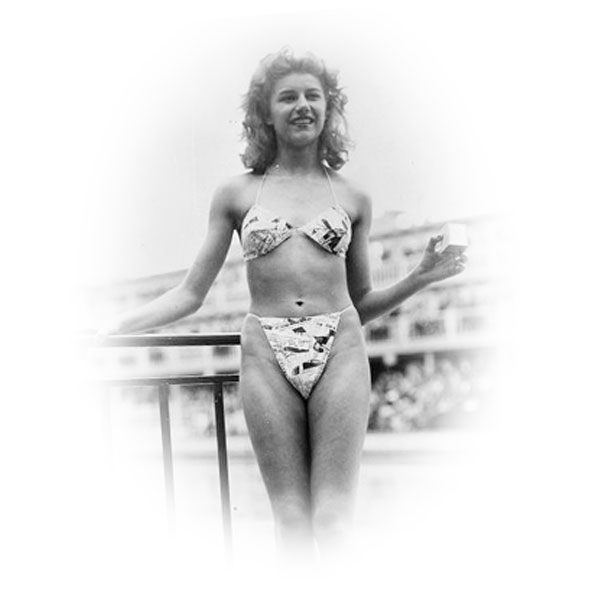 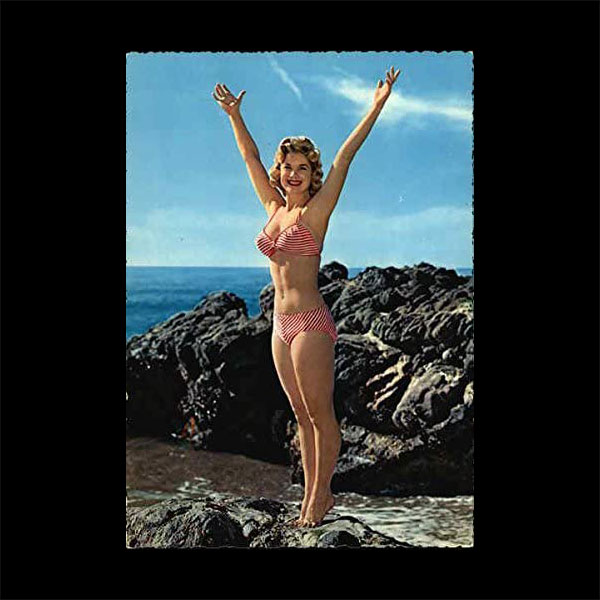 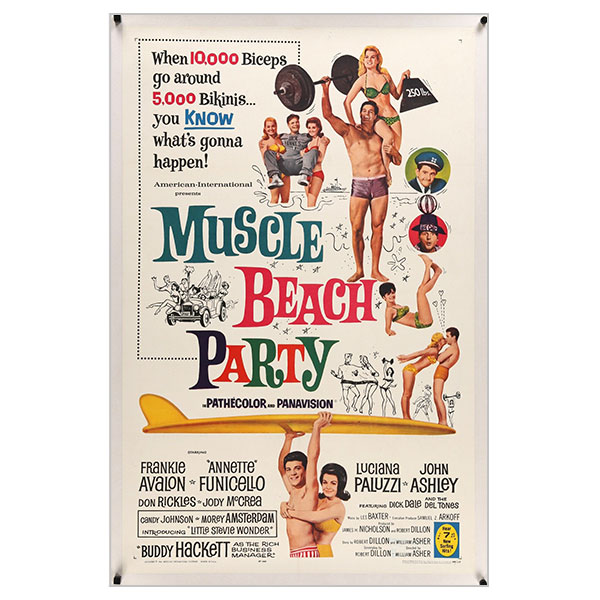 2 responses to “Itsy Bitsy History of the Bikini”