This photograph of one of the most famous images in American history sold at a recent Heritage Photographs Auction held in New York.

It captures Marines raising an American flag on Mt. Suribachi, Iwo Jima, in 1945. The island was a strategic landmark and American forces spent three days fighting for it.

There were two flag raisings on Mt. Suribachi – the first flag was thought to be too small and was replaced by the one that the photographer, Joe Rosenthal, pictured here.

The photo is signed by Marines John Bradley, Rene Gagnon and Ira Hayes, the only three in the photo who survived the battle, and by the photographer. Other signed copies have been sold but Heritage says that this might be the only one signed by Rosenthal as well. The gelatin silver photograph, 9 1/4 by 7 3/8 inches, sold for $30,000.

Our heartfelt thanks to all those who have served and continue to serve our country! 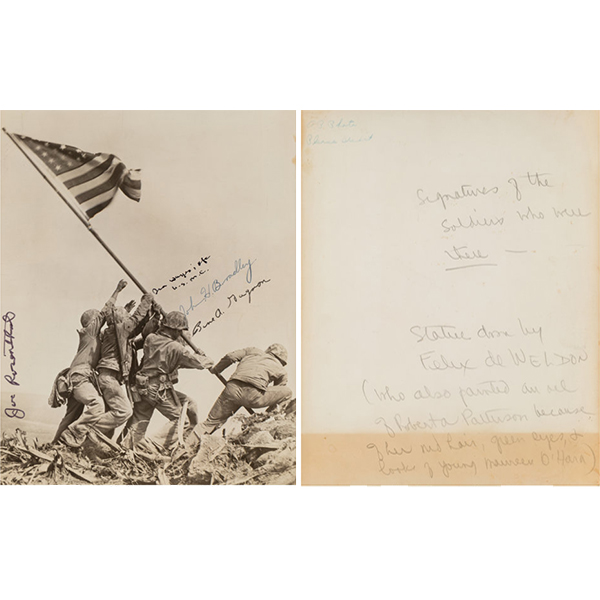