You know those well-worn boxes in your parents’ or grandparents’ attic holding beloved family Christmas decorations, strings of lights and maybe a tree stand? Resist the urge to purge. Many of those finds can be valuable, including the tree stand itself.  Early 20th-century cast-iron or steel tree stands are nothing like today’s simple stands. Late 19th century and early 20th century stands come in unique shapes, like a tree trunk, a vibrant red Santa head, and a cast-iron standing Santa in red robes with a space in his back to hold a feather tree. Some made in the late 1870s were made to revolve the tree and play Christmas music.

The first U.S. patents for Christmas tree stands were issued in 1876 to Abram Mott and Hermann Albrecht of Philadelphia. The stands were modeled after iron stands used for flagpoles.  Those early stands are rare. Another manufacturer was Martin Merk, who patented a tree stand in 1891. Merk’s name and the date of the patent can be found on his cast-iron stands. 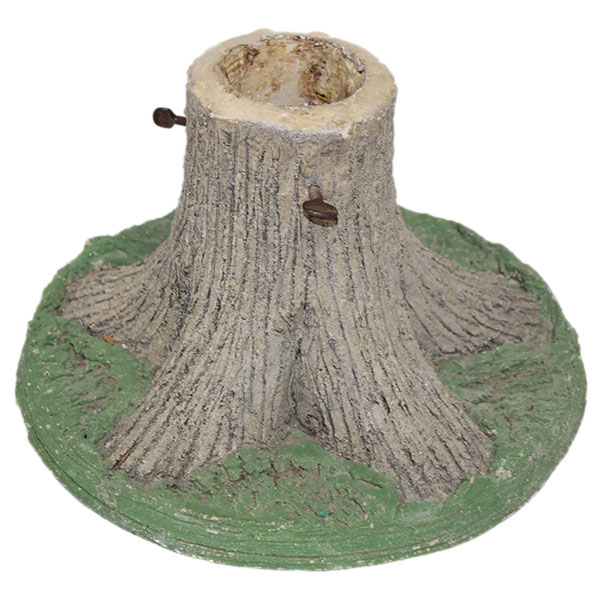 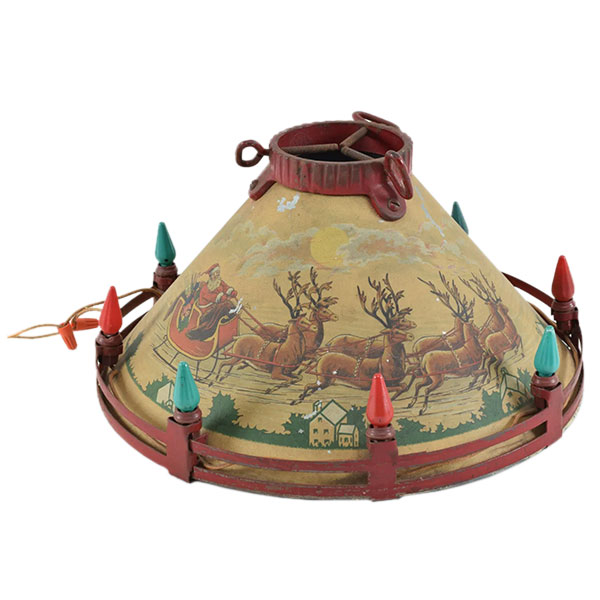 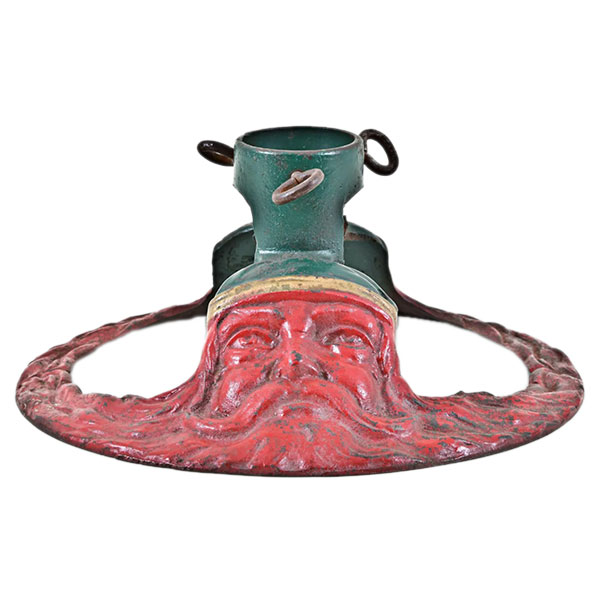 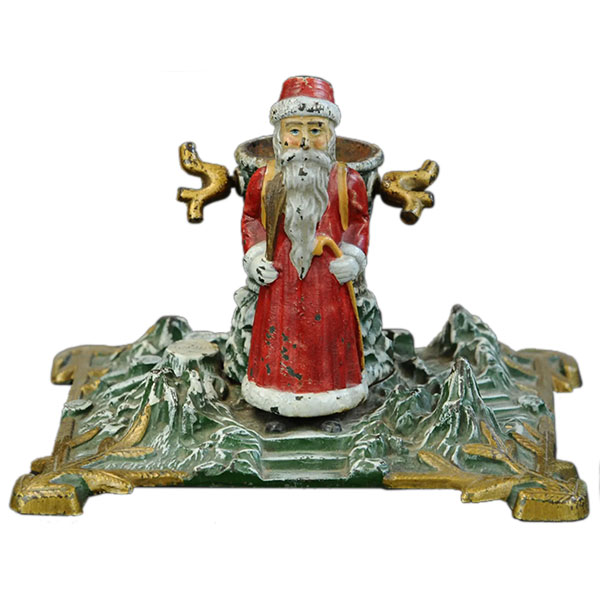 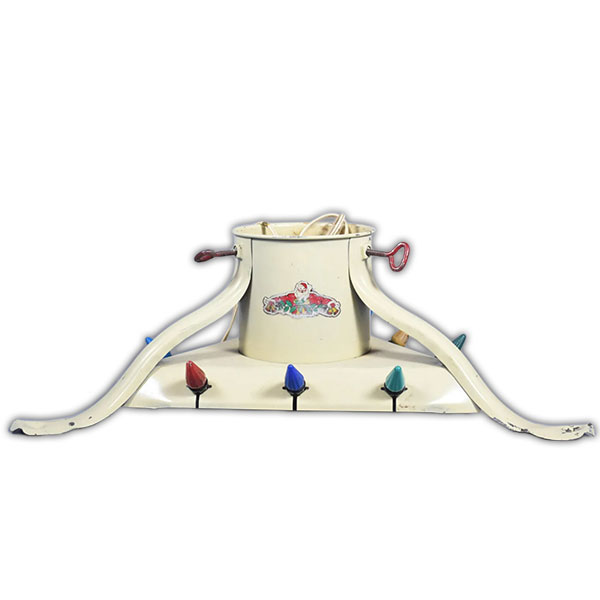 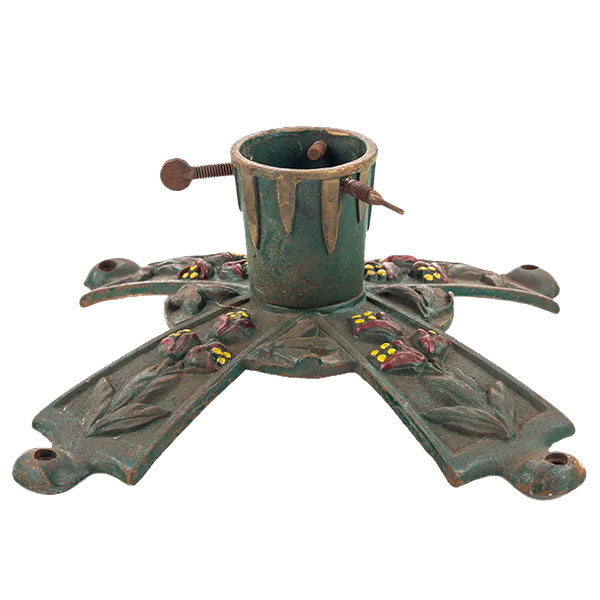 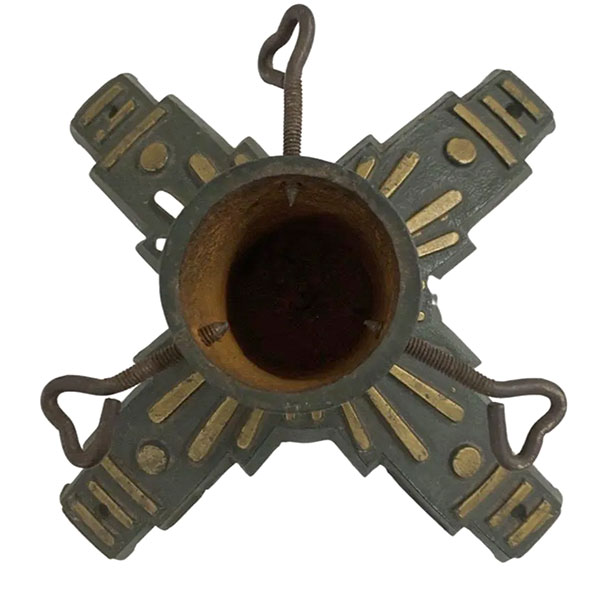 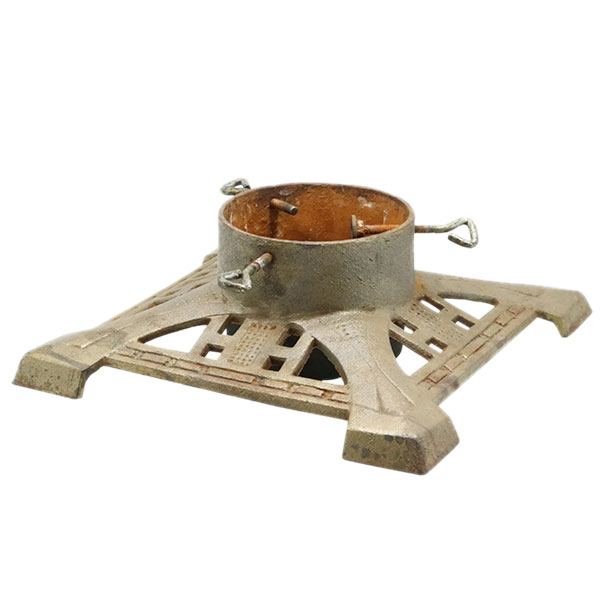