This is the time of year that many pull out a plate they haven’t seen for a year — the deviled egg platter, or egg plate, with its perfect oval indentations. Deviling is a term for mixing hot spices into foods. Serving deviled eggs is common during the Easter season. The deviled egg first became a popular snack to be served with drinks during the 1930s. Hundreds of different deviled egg plates of glass or china were made to showcase the appetizer. American egg plates can be found in many Depression glass patterns. Duncan & Miller Glass Company is thought to have the earliest version in the Early American Sandwich pattern. Imperial, Heisey, Spode, Lenox, Anchor Hocking, Fenton, Fire King, Fostoria, Hazel Atlas, Indiana, Jeannette, and Pyrex are just a few of the other well-known glass makers who make egg platters. During the 1950s and 1960s, many china patterns included a deviled egg plate. The egg plate’s popularity peaked in the 1950s.

Today, you can find deviled egg platters in thrift stores, flea markets and other online vintage sellers. Or you can just check your mother or grandmother’s china cabinet!

Here are some collectible platters for those who love the cooked egg yolk, mustard and mayonnaise mixture topped with paprika and put back into a half egg-white “shell.” 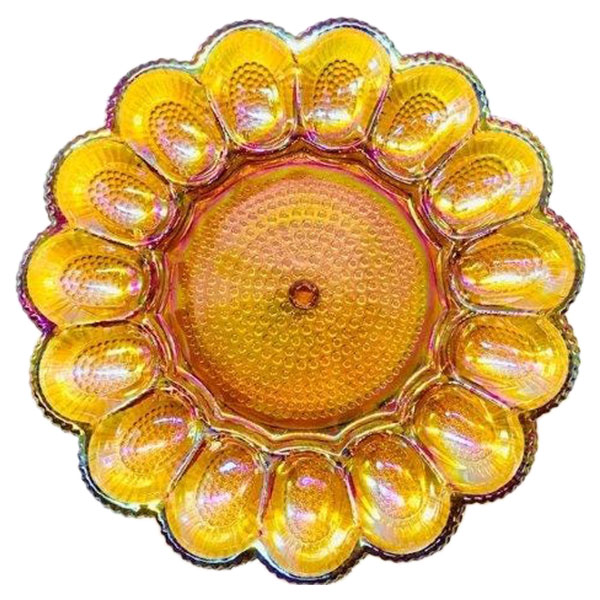 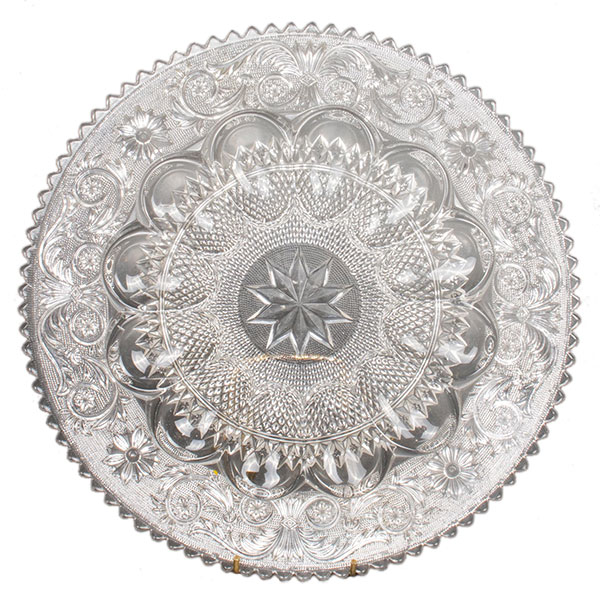 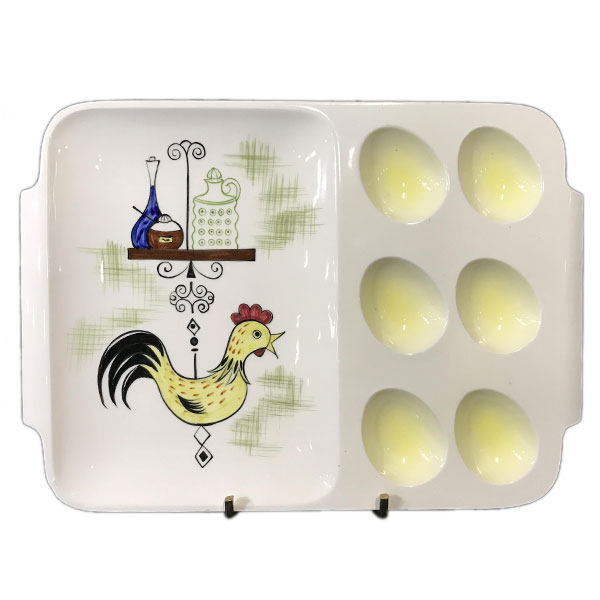