Easter observances began hundreds of years ago to commemorate the rising of Jesus Christ from the dead, its associated spiritual renewal and a celebration of spring’s arrival. In the 18th century, the Easter egg, a symbol of eternal life, became part of the celebration. As years passed, cardboard and papier-mâché eggs were used, then real eggshells with the liquid egg blown out through a small hole. All eggs were decorated. Soon there were Easter egg hunts and Easter egg rolls. In the early 18th century, the Pennsylvania Germans suggested that, in spring, the Easter Bunny would hide eggs or perhaps put them in an upside-down hat that was left out overnight. That custom soon grew to use not just a hat, but a basket to be filled with eggs, candy and fake green grass. By the 20th century, there were stuffed toy Easter bunnies, porcelain figurines of bunnies and an international business in papier-mâché and cardboard Easter bunny candy containers from Germany that were filled with candy and sold in the U.S. By the 1920s, there were tin and glass candy containers shaped like bunnies and other Easter symbols and, of course, toys. Holiday collecting is becoming more popular. Easter items include religious pictures and memorabilia, baskets, bunnies, chicks, ducks, nut cups, place cards, postcards and store advertising featuring Easter themes. Prices have gone down and up since 1980. 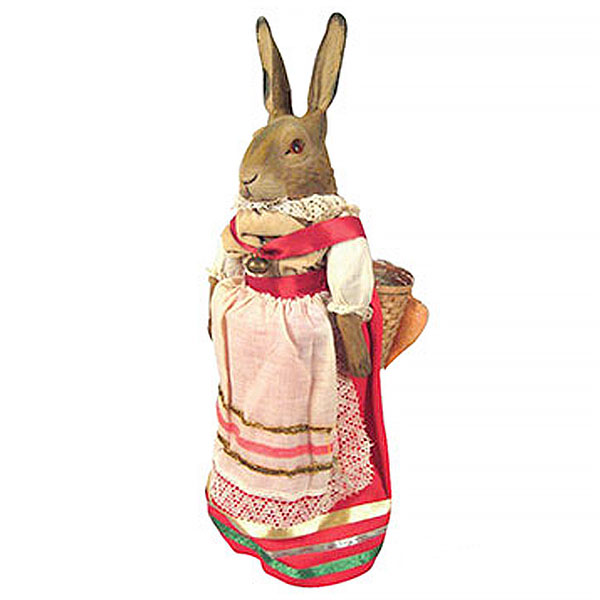 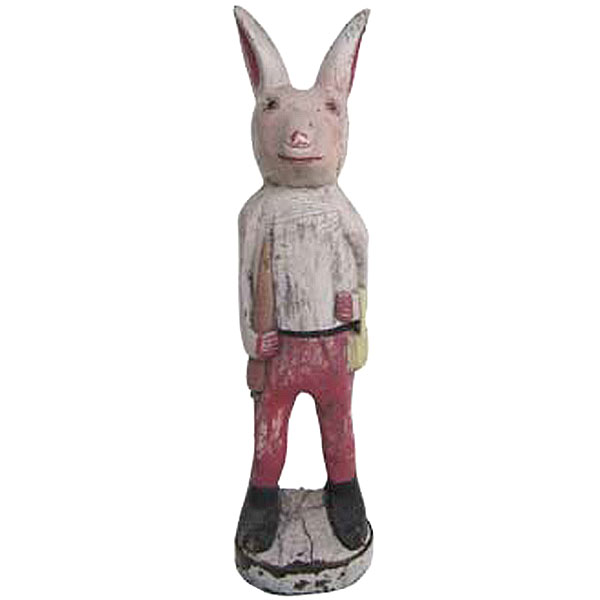 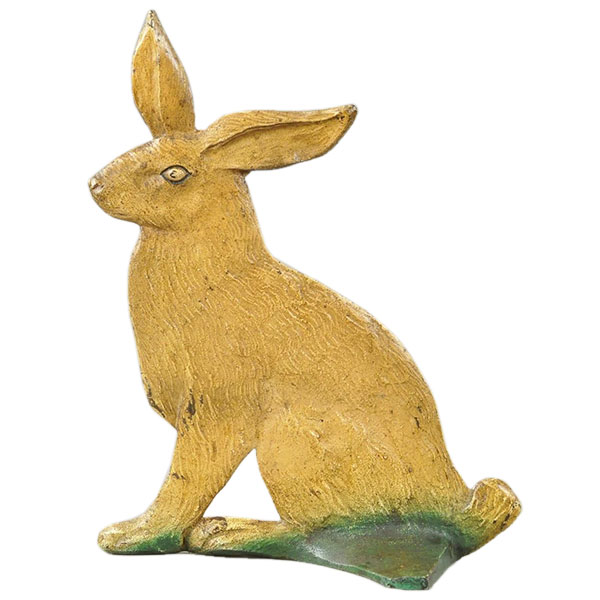 Rabbit doorstop, early 1900s, Spencer Manufacturing Co., Guilford, Conn., 15 in., so rare that it sold for $5,400 a few years ago. Probably was not originally made as a symbol of Easter, but it could have been.
Photo: Bertoia Auctions 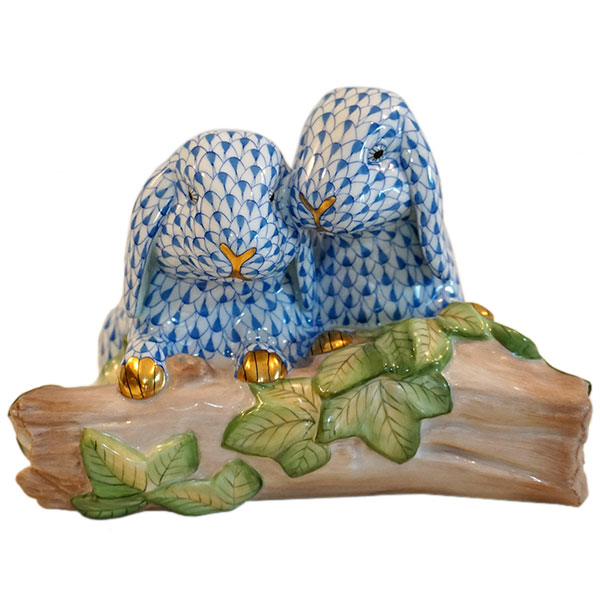 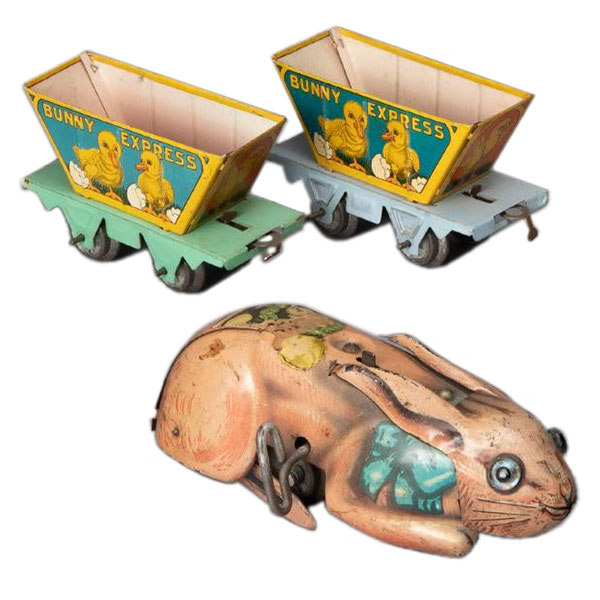 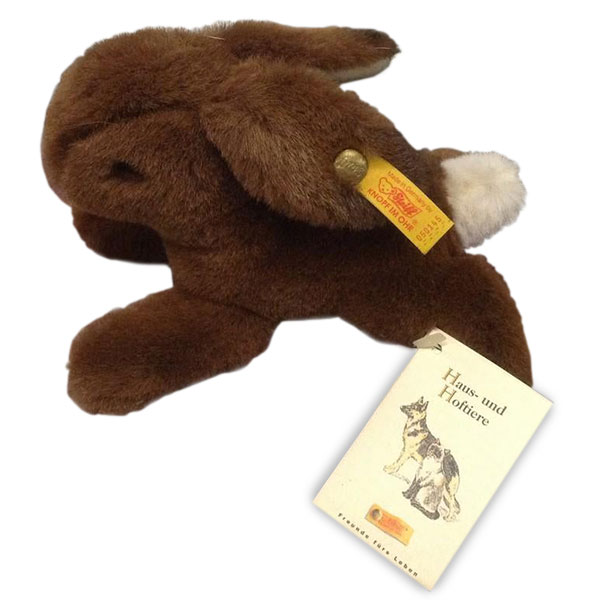 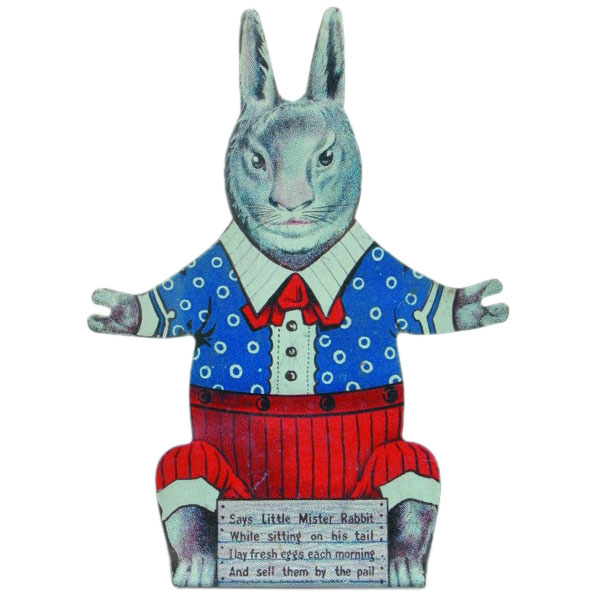 Easter Bunny, part of a display that originally held two small buckets of goodies, one in each hand, Ohio Art Co., 1920s, 7 in., sold for $127.
Photo: Conestoga