Celebrating Winnie the Pooh … and His Friends

Happy National Winnie the Pooh Day! January 18 is the official day to honor the “silly old bear” who has been popular since the first Pooh book was published on Oct. 14, 1926. The book was inspired by 5-year-old Christopher Robin Milne’s love of the London Zoo and its most popular animal at the time, a bear named Winnie that had been donated to the zoo by a young veterinarian from Winnipeg, Canada. The vet-turned-soldier had brought the bear with him while serving in World War I. Winnie was left in the temporary care of the London Zoo on Dec. 9, 1914, when the soldier’s regiment was called to the battlefields of France. The young vet permanently donated the bear to the London Zoo in 1919. In 1926, Christopher Robin was inspired by a zoo visit to rename his own stuffed bear Winnie the Pooh. His father, A.A. Milne, published the first of many books about Pooh and his friends on October. 14, 1926.

The first book had Pooh, Piglet, Eeyore, Kanga, Owl and Rabbit, all based on toys owned by Christopher Robin Milne. Tigger was added later. Original editions of “Winnie the Pooh” have green cloth binding with E. H. Shepard’s illustrations of Pooh and Christopher Robin stamped in gilt. First edition copies have a yellow pictorial dust jacket with 117th thousand printed on the back flap and 7/6 net pricing on the spine. The front and rear papers are illustrated with a map of the “100 Aker Wood.”

Whether they bring big prices or not, Winnie the Pooh toys, artwork and books continue to be popular after nearly 100 years. And as Winnie himself said, “If you live to be a hundred, I hope I live to be a hundred minus one day, so that I never have to live a day without you.” 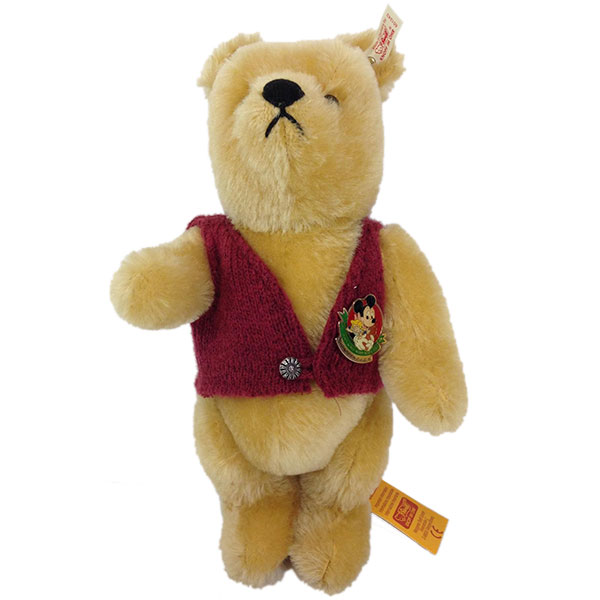 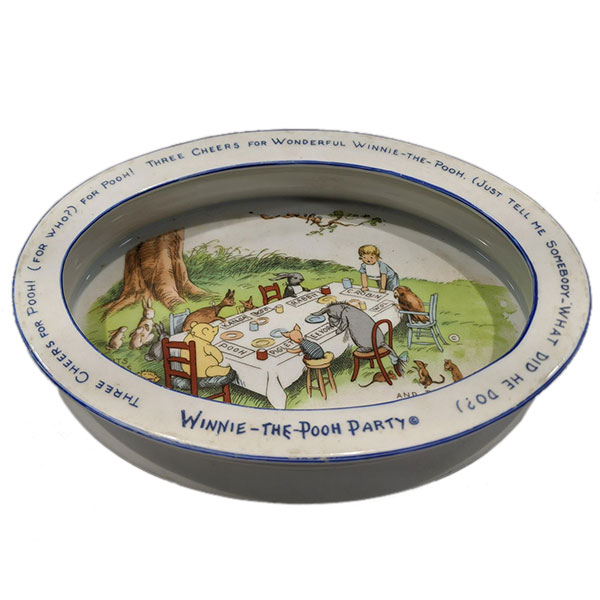 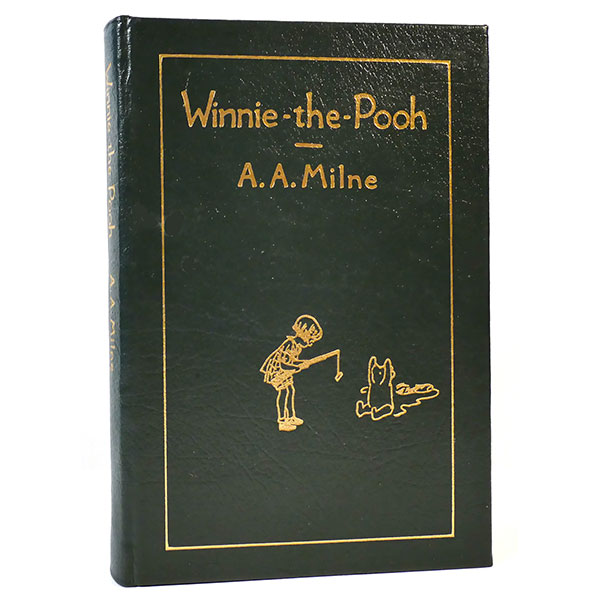