The idea for a Memorial Day is thought to have come from a drugstore owner in Waterloo, New York, who, in 1866, suggested that shops close for one day to honor soldiers killed during the Civil War. On May 5 of that year, stores in that town closed for a day and residents placed flowers on soldiers’ graves. Other anecdotal stories claim that Southern women put flowers on the graves of soldiers at a Richmond, Virginia, cemetery on May 30, 1866. Retired Major General Jonathan Logan planned another ceremony on May 30, 1868, which honored the dead with flowers and songs. The annual ceremony, which became known as Decoration Day, continued to be celebrated on May 30. In 1882, the name was changed to Memorial Day and it became a public holiday in parts of the country. In 1971, Memorial Day was declared a federal holiday, to be celebrated the last Monday in May. In the late 1800s and early 1900s, Memorial Day postcards were popular. They mixed patriotism with strong images of those lost in wars. Today, they are popular collectibles because of their illustrations and message. Postcards like this one sell online for $10 to $15. 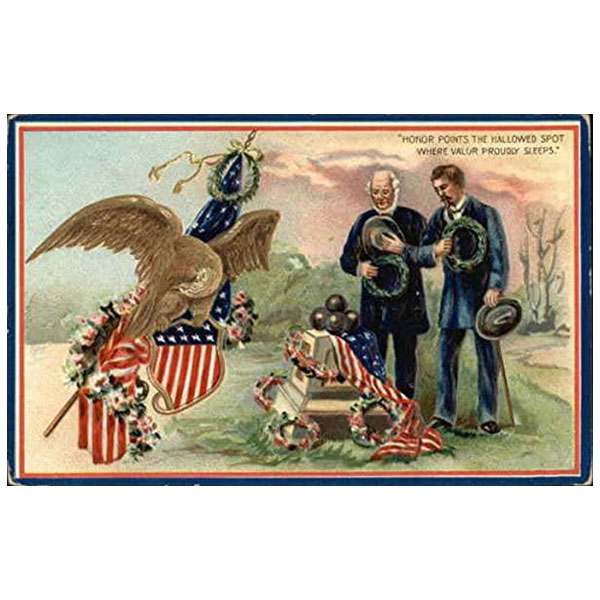