A New Decade and New Looks for Fashionista Barbie

The newest line, the Fashionistas, opened the door to diversity and inclusion. New Barbies include one with vitiligo, a skin disease causing loss of pigment in patches of skin; a Barbie with a wheelchair with rolling wheels, working brake and ramp; a curvy Barbie; one with a smaller bust, less defined waist and more defined arms; a black fashionista with an Afro hairstyle; a Ken rocking with long hair, jean shorts and a tie-dyed tank top; and a Barbie with a prosthetic leg, to name a few of the new offerings.

Not bad for a doll about to celebrate her 61st birthday on March 9! 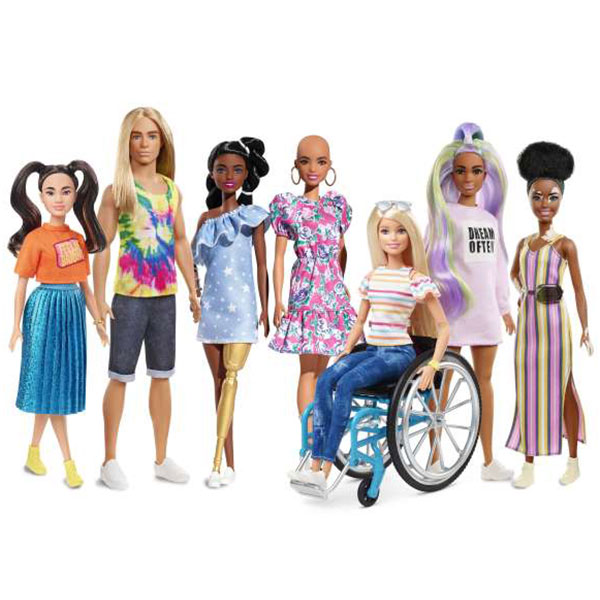