Q: My grandfather gave me this 10-inch plate he bought when he used to travel, and it obviously came from Germany. He passed away and I’m not sure of its origin, history, or value. The back is marked “Rosenthal, Studio-linie, Germany, Volksfürsorge.” I’d really appreciate any help you can provide.

A: Philipp Rosenthal & Co. was established in Selb, Bavaria, in 1891. The company became part of the Arcturus Group in 2009. This plate is part of its expensive Studio Line, introduced in 1961. The line includes designs by several famous designers and is still being made. Volksfürsorge was an insurance company founded in Hamburg, Germany, in 1913. After several mergers, it became part of Generali Deutschland AG in 2009. The castle mark with three turrets and two rampant lions is a stylized version of the coat of arms of the city of Hamburg. We’ve seen other Rosenthal Volksfürsorge plates with gold “heraldic” style designs. Value of your plate, about $25. 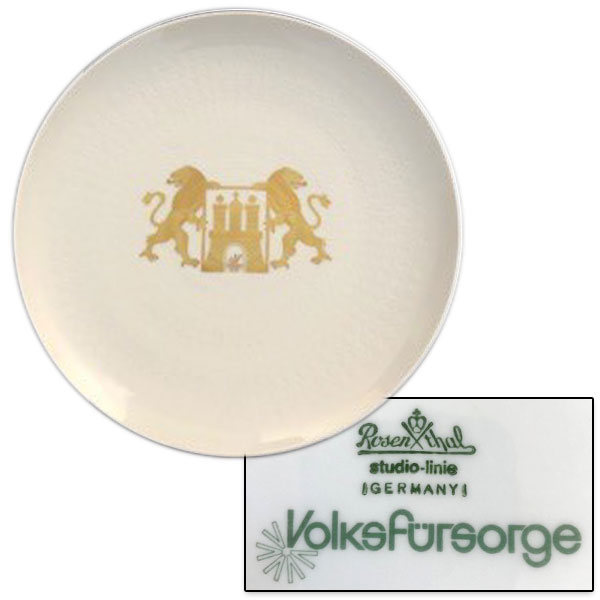 One response to “German Plate”