Ever think about how difficult it was to do the research for a large book listing numbers, logos, artists and makers like those by the McKearins about bottles? Even today, “American Bottles & Flasks and Their Ancestry” by Helen McKearin and Kenneth M. Wilson should be one of the first books used by collectors of American bottles even though it was written in 1978. (Helen McKearin wrote earlier books with her father, George, in 1979, and Kenneth wrote about New England glass in 1959.)

Last month, two suggested corrections to the flask book were reported in “Antique Bottle & Glass Collector” magazine by Anthony Picadio. The GI-17 flask picturing the head of George Washington on one side and Zachary Taylor on the other as listed in the McKearin book probably has to be renamed. The picture is not President Zachary Taylor but a little-remembered Lt. Colonel George Armistead who commanded the defense of Fort McHenry against the British in 1815, saving the city of Baltimore. The collector who claimed this had a period print with Armistead facing left like the portrait on the flask.

The other error is GI-114. The Byron and Scott flask actually pictures Daniel Webster and Henry Clay. It was made in 1852 to commemorate their deaths. The images were copied from those on memorial coins.

There are always new discoveries about past historic objects or events, so be sure to double check any information you get from an old book or other sources. Lots more discoveries can be found on the Facebook historical flask group page. 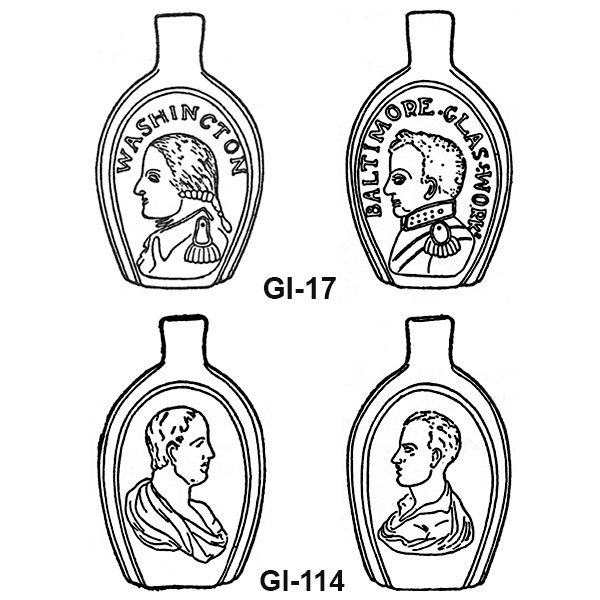