The embers are still warm and losses being assessed, but there is some good news surrounding the devastating Notre Dame Cathedral fire. Many major, irreplaceable artifacts were saved, thanks to the bravery of some citizens and firefighters and the fact that some had been removed as part of an ongoing renovation project. In addition, nearly a billion dollars in donations have been promised for the restoration of the 850-year-old church. “It’s a bit of a miracle; we are very relieved,” said a cathedral spokesman to a French news channel.

The four animal statues and the 12 bronze Apostles representing the evangelists Matthew, Mark, Luke and John statues from the 12th and 13th century had been removed for restoration from the peak of the now-destroyed spire. Other relics saved include: the cathedral’s most valued relic, the Crown of Thorns, said to be worn by Jesus Christ before his crucifixion; the Tunic of Saint Louis, thought to be worn by Louis IX when he brought the Crown of Thorns to Paris; the three Rose Windows, the most famous visual features, dating back to the 13th century (there are worries, the high temperatures may have melted the lead that holds the panes in place); the c.1700s Great Organ, one of the largest organs in the world (may be smoke damage); the Notre-Dame Bells, which have rung during major moments in French history since 1685; and paintings, including “Mays of Notre Dame,” (1630-1707) which are expected to be removed and taken to the Louvre to be dehumidified, protected and restored.

Many relics are still unaccounted for, including a fragment of the True Cross and one of the Holy Nails from the crucifixion. Collectors should notice that the fire adds importance to any vintage souvenir, picture, or relic connected to the Cathedral and prices will go up. 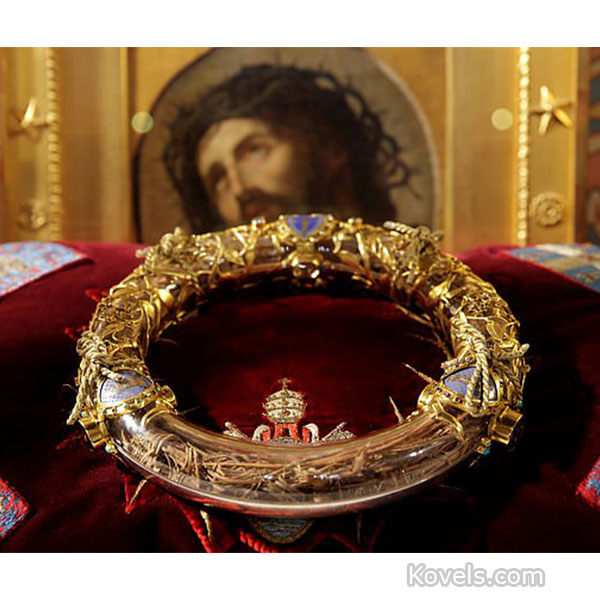