The remains of a dodo bird were found last month in a cave on the island of Mauritius. The newly discovered bird, nicknamed “Fred,” was guarded as the treasure he is. The scientists think it will be a source of dodo DNA, but not a mounted specimen. According to Reuters, the scientists hope to find out how the dodo got to the island since it must have flown there before evolving into “the big fat bird that we know.” We must have been psychic because we ran the story of the dodo in Kovels Komments on June 7 and June 14. 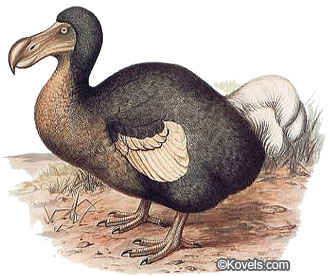