The French owner of the painting that had been hanging in her kitchen for years thought it was a Greek religious icon. (See Kovels Komments, Oct. 23, 2019.) But the picture, painted on a 10-inch by 8-inch wooden panel, was noticed by the auctioneer who was clearing the house and thought it was unusual enough to be studied. It proved to be part of a work by the famous Florentine artist and early Renaissance master Cimabue (1240-1302). The painting was put in an October auction with an estimated value of about $6.6 million. It is the first picture by Cimabue ever auctioned. And wow!!!!!!! The winning bid was $26.8 million! It is part of a set of eight panels called “The Flagellation of Christ,” painted about 1280. Only two other panels are known to exist. 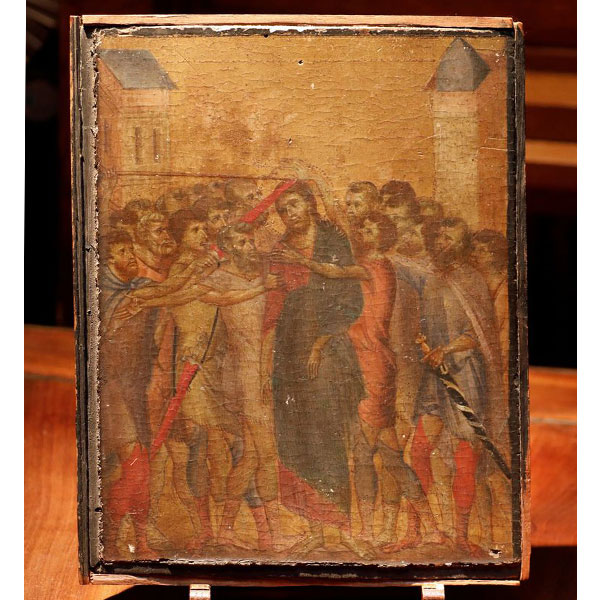