Q: My mother gave me a white ironstone pitcher in 1960. She said her mother served her family milk from it when she was a child. My mother was born in 1913, so I know the pitcher is old, just not how old. It’s marked “Royal Ironstone China, Johnson Bros., England.” It’s 11 inches tall and 27 inches around the widest part. There is a small chip on the base. How much might it be worth?

A: Brothers Alfred and Frederick Johnson started Johnson Bros. in Hanley, Stoke-on-Trent, England, in 1883. Two more brothers, Henry and Robert, joined the business later. The pottery made earthenware and ironstone, much of it for export. White ironstone was popular in the United States because it was inexpensive and durable. The “Royal Ironstone” mark was used from 1883 to 1913. Your “milk” pitcher may have originally been part of a wash set. We’ve seen it shown with a matching washbowl. The chip on the bottom reduces the value of the pitcher and it would sell for under $20. Without a chip, it would be worth about $50. If it was with the matching bowl, the set could bring $125. 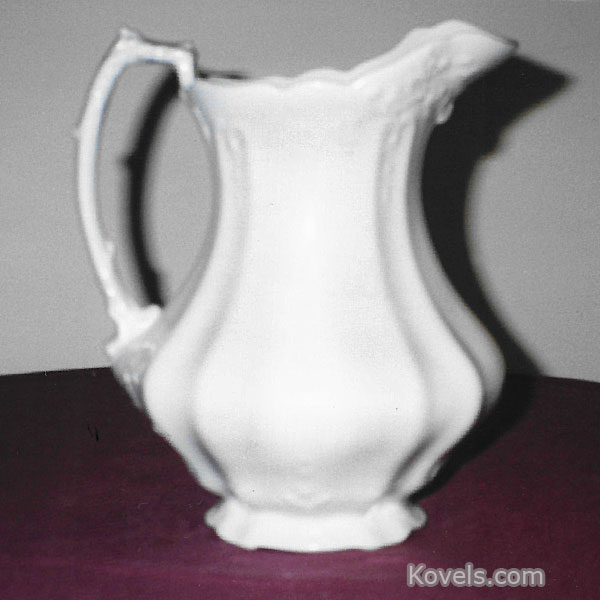