W of the W Pin

Q: This pin belonged to my wife’s grandmother. It says “W of the W” and appears to be bakelite. There are two patent dates on the back but only one is readable, “Mar 7 ’93. The other is covered by solder. We’ve googled everything we can think of for “W of the W” and come up with nothing. Do you have any information as to what the organization is and if the pin has any value?

A: It could be from Woodmen of the World, a fraternal organization and insurance company started by Joseph Cullen Root. Root started Modern Woodmen of America in Lyons, Iowa, in 1883, but left that group in 1890 and moved to Omaha, Nebraska, where he started Modern Woodmen of the World. The name soon changed to Woodmen of the World. A women’s auxiliary was formed in 1897. Woodmen of the World had local “camps” in several cities. An 1893 newspaper article said it provided “social entertainment and educational advantages” as well as low-cost insurance. Until the 1920s, the life insurance policy included a tree-stump-shaped grave marker. The company became WoodmenLife in 2015 and is still in business. It’s possible the date on the back of your grandmother’s pin represents the opening of a “camp” in a new city or some other meaningful date. 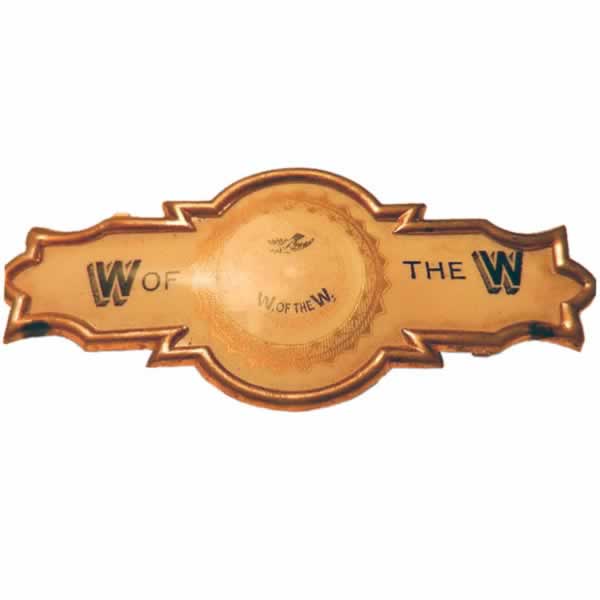