Q: I inherited a Hutschenreuther figurine of two flying geese when my parents died. They’re marked with a lion and the year 1814 in an oval and “Hutschenreuther, Germany, Kunstabteilung.” The figurine is in perfect condition.

A: Hutschenreuther Porcelain Factory was founded in Hohenburg, Bavaria, in 1814. A second factory was established in Selb, Germany, in 1857. The company made porcelain figurines and dinnerware. The lion mark with 1814 under it was first used in 1969. “Kunstabteilung” is German for Art Department. Hutschenreuther became part of the Rosenthal division of the Waterford Wedgwood Group in 2000. Rosenthal became part of the Arcturus Group in 2009. Value of your figurine, $200 to $600. 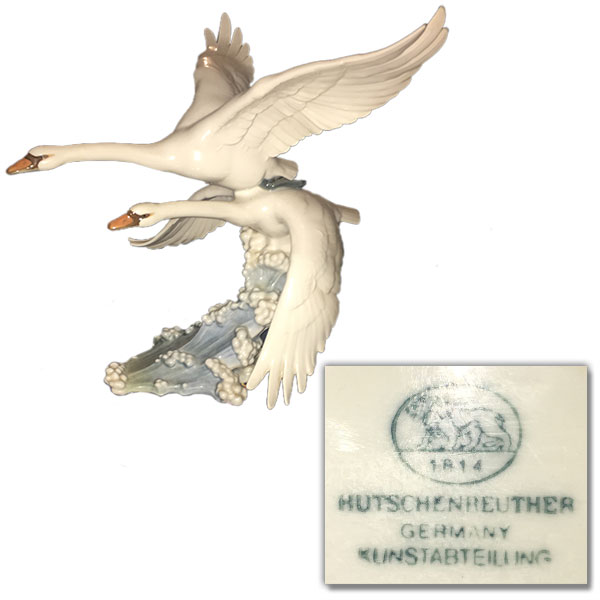