Q: I found this fork and am having trouble finding out what the image on the end of the handle represents. The fork is marked “W&SS” and “830,” which are the mark for brothers W. & S. Sorensen of Horsens and the mark for sterling silver, but I can’t find when it was made, what it commemorates and what it might be worth. It’s marked with the name “Jennifer.” but I don’t know if that is part of the fork or added later as a gift to someone.

A: This fork is part of a set of children’s flatware made by Horsens Solvvarefabrik (Horsens Silver Factory) in Horsens, Denmark. Characters from at least 12 different fairy tales written by Hans Christian Andersen were included in the set, which was first produced in 1935. The figures on this fork are from “The Emperor’s New Clothes.” Horsens Silver Factory was founded by brothers Winter and Sofus Sorensen in Horsens in 1904. The “W&SS” mark was used beginning in 1950. The Danish silver purity standard was set at 830 in 1936. The standard for sterling silver is 925. Jennifer may be the name of the child the set was given to. Value is about $50, more if the buyer is named “Jennifer.” Buyers like vintage pieces with their name on them. 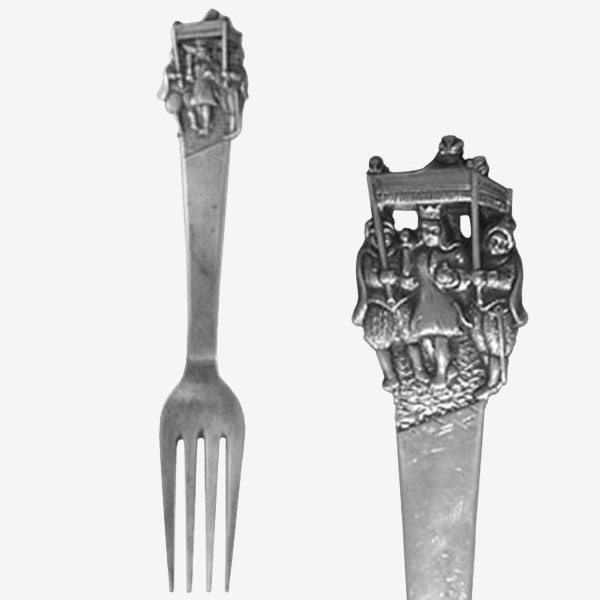