Q: I’m interested in getting an appraisal of a pair of Chinese vases. My parents bought them in an antiques shop in Hong Kong around thirty years ago. At the time, they were told they were taken out of the Chinese Imperial Palace. My father passed away around fifteen years ago, but my mother may be able to provide a more detailed provenance.

A: The Imperial Palace in Beijing, China, was the home of the Emperor from 1420 to 1924. It became the Palace Museum in 1925. When war broke out with Japan in 1937, ancient relics, art, and other artifacts were moved to different locations and hidden in caves, temples, and other places. Civil war broke out in 1948 and the treasures were moved to Taiwan, where the National Palace Museum was built in the mid-1960s. Your vases would need to be seen by an appraiser who specializes in Chinese porcelain to get their value. Many reproductions have been made, and without provenance proving they came from the Imperial Palace it would be difficult to prove they are original. If you can find someone who is able to read the Chinese characters on the bottom, it may help date the vases but fakes usually copy the original mark. 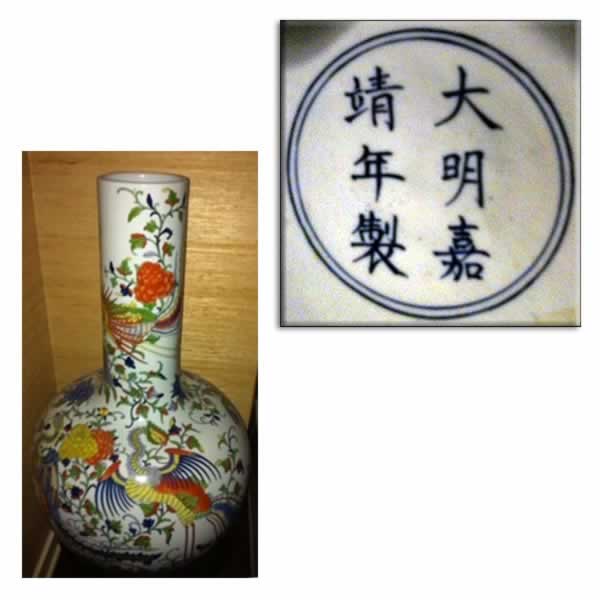