Q: I started collecting Occupied Japan plates when I was 16 and my mother added more items. I don’t know if anything I have is worth anything, but I have cancer and my children aren’t interested in keeping them. This plate is marked “AIYO” and “Made in Occupied Japan.” I would appreciate any help you can give me.

A: The “Made in Japan” mark indicates the plate was made between 1947 and 1952, when American troops occupied Japan after World War II. Pottery, porcelain and other items were made for export. Hundreds of makers produced china during the occupation, and most of them are unidentifiable. Occupied Japan items are hard to sell but there are collectors. Unfortunately, the OJ Club just closed a few months ago. If you want to sell your plates, try websites like eBay and Etsy or antique malls. Photograph or display the mark on the back of the plates when you offer them for sale. AIYO plates sell online for under $20. This plate sold on one website for $10. 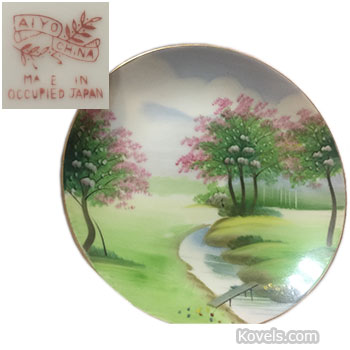 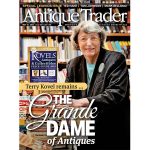