Words of Wisdom (Letter to Lee)

Welcome to our special Fourth of July Americana issue! To honor the day, this month we emphasize objects made in America or by American designers.

Ralph and I were always on the lookout for vintage presidential and patriotic collectibles at flea markets and house sales. They are as varied and different as the 45 men who have held that office. We found the more commonly known ones, like buttons and posters, but we also found fun ones like a 5-foot-high wooden cutout of Uncle Sam. He graced our entry hall during the Fourth of July celebrations. We ended up donating him to our local historical society, but our children and grandchildren still fondly remember him.

I display in my own office a dozen political and patriotic banners I’ve collected over the years. I have original banners touting 19th-century presidential candidates James Garfield, Grover Cleveland and Benjamin Harrison along with their running mates, and a 1904 Teddy Roosevelt campaign bandanna. I also have a bold portrait that shows the “Hero of Manila,” Admiral George Dewey of the 1898 Spanish-American War. One of my great prizes is a piece of fabric with an illustration commemorating the death of George Washington, with angels bearing him toward heaven.

One that I don’t have, but would love to see one day, is an 1800 cloth banner celebrating the electoral victory of Thomas Jefferson over John Adams. It is believed to be one of the earliest surviving textiles with partisan imagery and is currently at the Smithsonian National Museum of American History, though not on view.

As I gather again this year with friends and family, I know I am continuing a tradition that will live on in memories for years. And we don’t need a banner to know that. 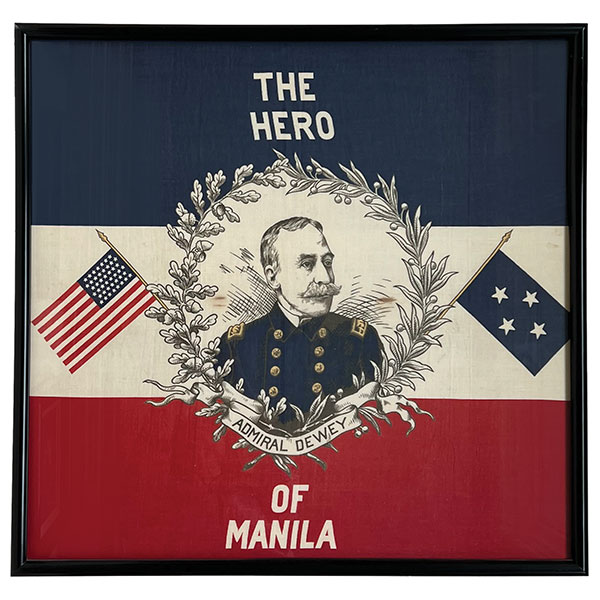 FROM THE KOVEL COLLECTION 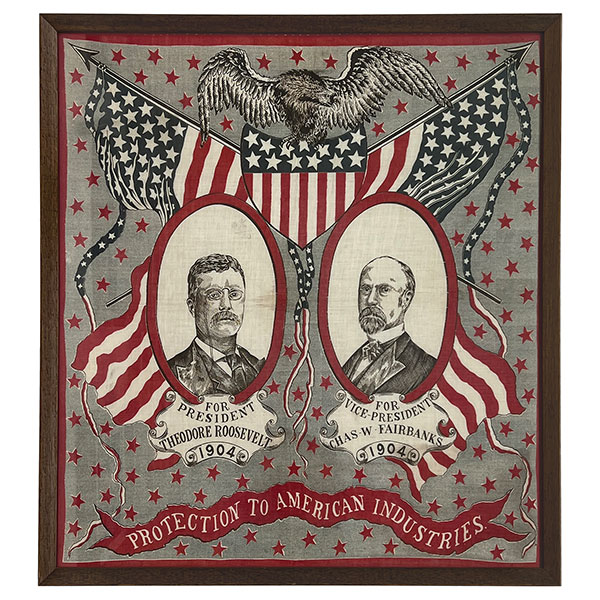