Every year the art world descends on Miami Beach. One of the most important high-end art fairs in the world, Art Basel Miami, brings the top dealers from around the world to sell well-known artists’ work to major collectors, museums and other dealers. Its sister fair, Design Miami, attracts the top design and jewelry dealers. The museums in the city roll out the red carpet for the 40,000+ fair goers with exciting exhibits and big parties. To take advantage of the confluence of the art world, at least 15 satellite fairs set up, and local retailers get into the spirit with pop-up shops and parties of their own. It’s hard to see it all!

To give you a sense of what visitors can expect, here is a photo-tour of design-related highlights from the fairs and happenings around the city. 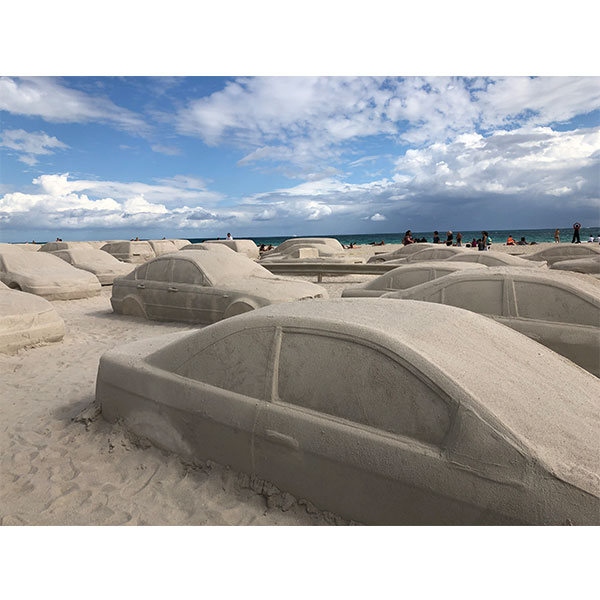 For those who ventured to the beach, artist Leandro Erlich covered and partially buried 66 cars and trucks in the sand. Vehicles were arranged to resemble a Miami Beach traffic jam. 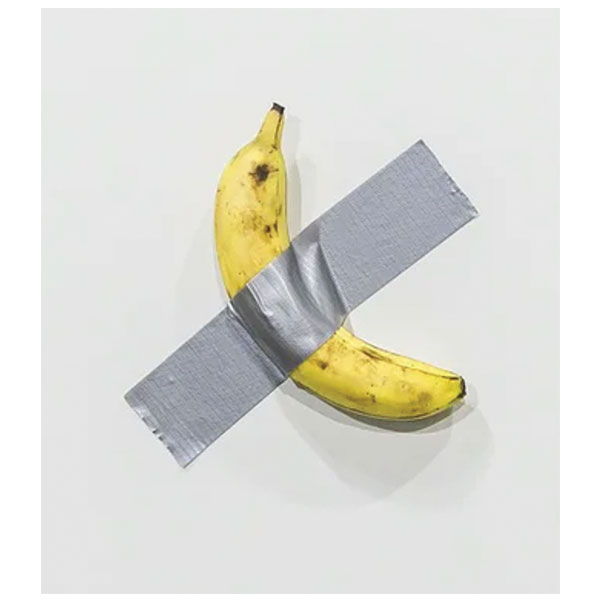 The hot news this year from the Art Basel fair, which sold more than $4 billion in art over its the course, was the duct-taped banana series, titled “Comedian” by Maurizio Cattelan, that sold for $120,000 each. It came with a certificate of authenticity that was more about the idea than the object. Photo: Art Basel 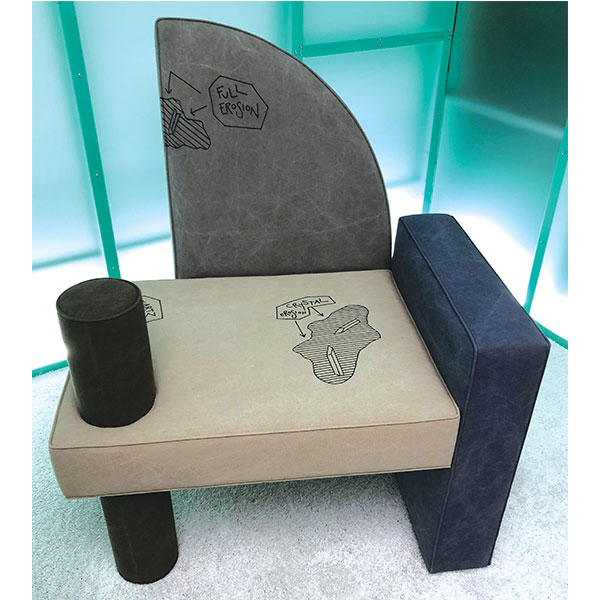 Daniel Arsham’s “Cleveland” chair, $28,000. Gallery Benda-Friedman set up an installation of furniture by Daniel Arsham. The series, priced $28,000 to $75,000, sold quickly. The artist then added his touch to the pieces by drawing graffiti on each piece. 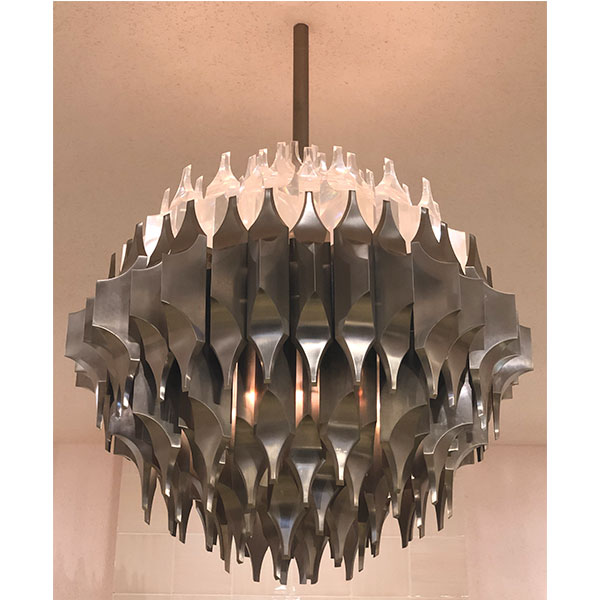 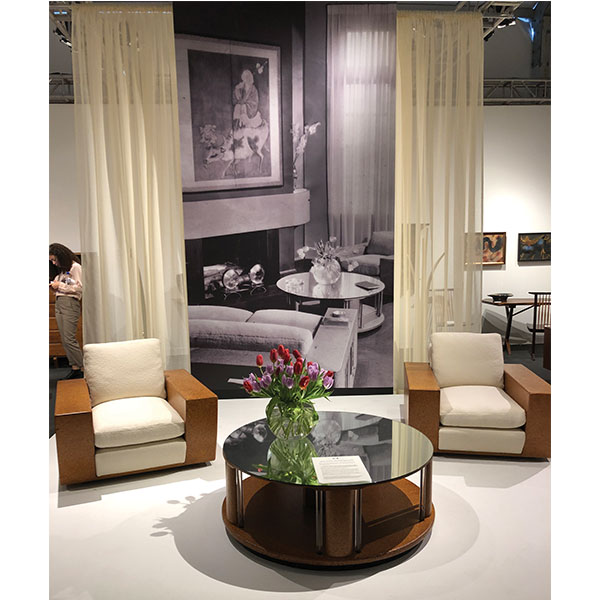 Probably the most important furniture in the Design Miami fair was the unique Paul Frankl “Speed” chairs and cocktail table made for Frankl’s apartment from full sheets of cork veneer (most other pieces he made during this time only used some cork). Price: $250,000 for the 1931-32 set. 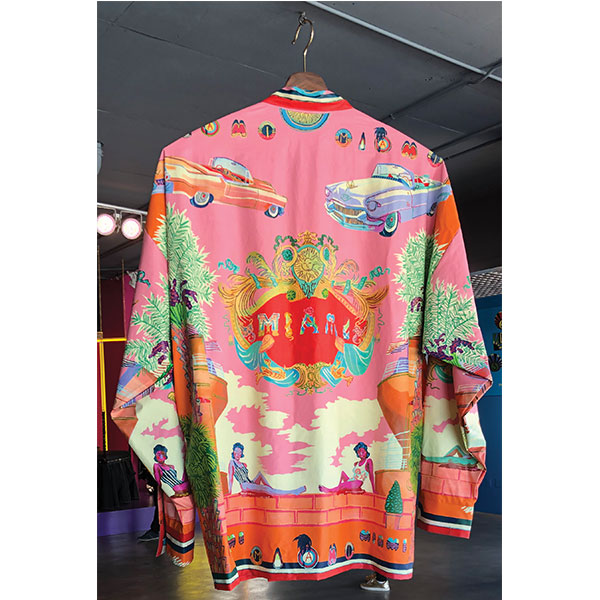 Another pop-up show was a flash back to Versace in the 1990s, showing vintage design and photos of fashion shoots done on Miami Beach at that time. Included was an oversized 10-foot by 8-foot replica of a vintage Miami print silk shirt. 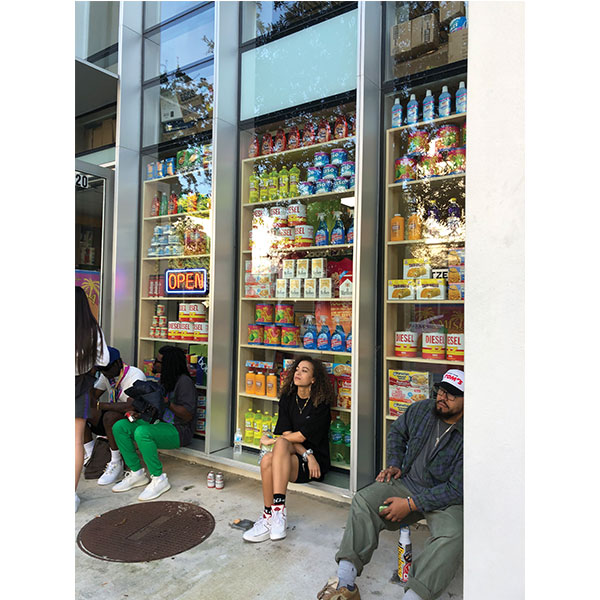 Diesel and Bodega (a Boston-based retailer) set up a pop-up shop in Miami. Social media brought in the crowds eager to buy T-shirts and other “hip” items. It was part of the new retail marketing trend with live music and an event atmosphere. Its outward appearance didn’t clue you in to what was going on inside.