Costume jewelry has been made since the 17th century. Modern costume jewelry became fashionable in the 1920s when French fashion designers began including it in their collections. Some costume jewelry is made to look like expensive jewelry but is made with less expensive metal, imitation pearls, and rhinestones or cut glass “gems.” Other pieces feature unique and whimsical designs in new materials, including celluloid, plastic, Bakelite, Lucite and rubber. Costume jewelry is collectible today. The maker’s mark helps date the piece and can add value. Unless otherwise noted, dates shown are the dates the company was in business.

Carolee
Connecticut and New York
1972–at least 2016
The company was founded by Carolee Friedlander, who started working from her home. She made high-quality jewelry with classic designs. The company grew and was sold to Retail Brand Alliance in 2001, becoming part of its Brooks Brothers Group. Friedlander left the business. Carolee retail shops were closed, but its wholesale business continued. Headquarters moved to New York in 2016. Brooks Brothers declared bankruptcy in 2020 and Carolee does not seem to be active today.

Joseff of Hollywood
Los Angeles, California
1928–present
Eugene Joseff made jewelry for movies in the 1930s through the 1950s. The movie jewelry was large, designed to accent the plot of the movie, and had matte metal finish because of the movie lighting. Joseff began making jewelry for retail stores in 1938. During World War II, the company made small parts for military planes, as well as jewelry. Joseff died in a plane crash in 1948 and his wife took over the business. Family members still run the company, which makes jewelry and precision investment castings. Old molds and marks have been used on jewelry made in the 1990s and later. 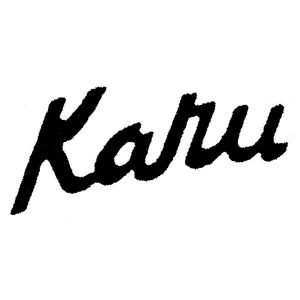 Karu
New York
1940s–1972
The company name comes from the first two letters of the last names of the founders, Paul Kaufman and Jack Ruderman. In 1952, the owners of Coro filed a complaint claiming the name was too similar to Coro, but the court decided it was not. However, the name of the company was changed to Karu Arke Inc. in the 1950s. 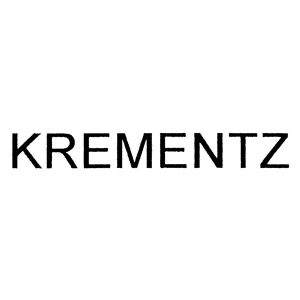 Krementz
Newark, New Jersey
1866–1997
George Krementz and his cousin, Julius Lebcheucher, founded Krementz & Co. The company’s main product was men’s collar buttons, but women’s jewelry was also made. By the early 1900s, costume jewelry was the company’s main product. In 1997, it was sold to the Colibri Group. That company closed in 2009. A new company, Richard Krementz Gemstones, makes expensive gold and platinum jewelry with colored gemstones. 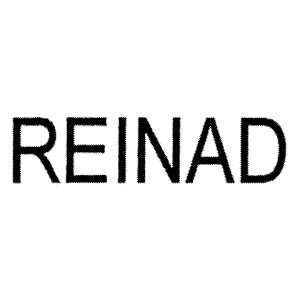 Reinad
New York
1922–at least 1954
The company was founded by Harry Reinstein, who patented several designs for jewelry and handbags. The company’s early costume jewelry was made for several fashion companies. In 1941 Reinad began making costume jewelry for retail stores. It was marked “Chanel Novelty Company.” Coco Chanel sued Reinad and the company changed its name to Reinad Novelty Co., Inc., and began using “Reinad” as a mark later that year. 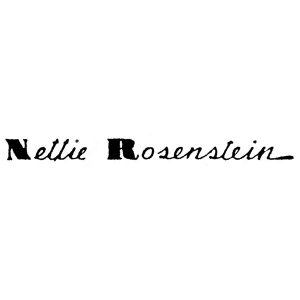 Nettie Rosenstein
New York
c.1935–1975
Nettie Rosenstein (1890-1980) was born in Austria and immigrated to the United States in the 1890s. She began making dresses in her home in 1917, opening a dressmaking shop in 1921. She began selling her dresses, accessories and costume jewelry in major department stores in several cities in the 1930s. After she stopped making clothing in 1961, her partner, Sol L. Klein, made costume jewelry and accessories that sold under the name Nettie Rosenstein Accessories. Production stopped in 1975 when he retired. 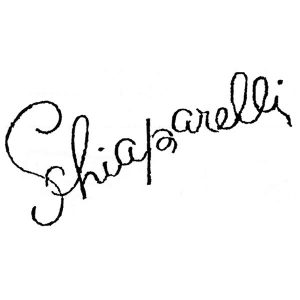 Schiaparelli
Paris and New York
Late 1920s–about 1974
Script mark used after 1949
Elsa Schiaparelli was a fashion designer who was born in Italy and lived in Paris, where she had a fashion house. She moved to the U.S. in 1940 and opened a shop in New York City in 1949. Her jewelry was designed by a few jewelry designers and manufactured and distributed by different companies. David Lisner Co. made the Schiaparelli line of costume jewelry and was also a distributor from about 1949 to 1955. The jewelry was made in whimsical and surrealist designs and is very collectible. Elsa sold the rights to her name in 1973 and some Schiaparelli jewelry was made until 1974. 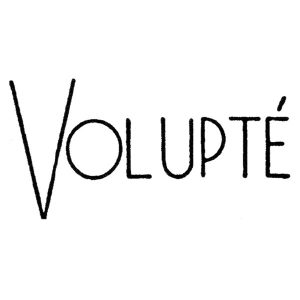 Volupté
Elizabeth, New Jersey
1928–1960s
Volupté is best known for its compacts but it also made some costume jewelry. The company was sold to Shields, Inc., in Attleboro, Massachusetts in 1957. It went out of business in the 1960s.