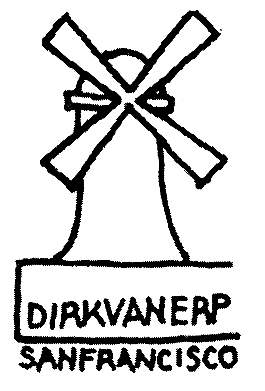 Dirk Van Erp was born in 1860 and died in 1933. He opened his own studio in 1908 in Oakland, California. He moved his studio to San Francisco in 1909 and the studio remained under the direction of his son until 1977. Van Erp made hammered copper accessories, including vases, desk sets, bookends, candlesticks, jardinieres, and trays, but he is best known for his lamps. The hammered copper lamps often had shades with mica panels. Before he started his own studio, Van Erp gave his famous lamps to friends as gifts. He used shell casings brought home from his job at a naval shipyard to make his early copper pieces.