How to Identify Pottery and Porcelain

Pottery, porcelain, bone china, ironstone, majolica, stoneware, and dozens of other kinds of dishes have been made through the centuries. But each of these is different, with its own characteristics, strengths, and flaws.

Pottery is opaque. You can’t see through it. Porcelain is translucent. When a porcelain dish is held in front of a strong light, it is possible to see the light through the dish. If a piece of pottery is held in one hand and a piece of porcelain in the other, the porcelain will be colder to the touch. If a dish is broken, a porcelain dish will chip with small shell-like breaks (conchoidal fractures), while pottery cracks on a line. Pottery is softer and easier to break, and it stains more easily because it is more porous. Porcelain is thinner, lighter, more durable, and usually more expensive.

The way to identify an antique dish is to use the most obvious clues first. Turn the dish over. There may be a mark on the bottom. The most commonly found mark is the English design registry mark. This is the most useful mark for dating any piece of English pottery and porcelain. It also was used for other decorative art designs, including furniture and items made from wood, glass, metal, paper, or fabrics. The mark tells the earliest possible date of the design.

From 1842 to 1883, diamond-shaped registry marks were used. Each contained “Rd.” (for “Registered”) in the center and coded information about the patent date and manufacturer. If there is a letter at the top inside the diamond, the dish was designed from 1842 to 1867 (see Mark “A”). If a number from 1 to 31 appears inside the top of the diamond, the piece was designed from 1868 to 1883 (see Mark “B”). The year was indicated by a letter (for Mark A, see Table 1; for Mark B, see Table 2). The month was indicated by a letter (see Table 4). The type of material or class was indicated by a Roman numeral in a circle at the top of the diamond (see Table 5). The parcel number relates to the factory, retailer, or wholesaler.

If the name of a country is on the bottom, the dish was probably made after 1891, when the United States government passed a law requiring that the name of the “country of origin” (where the dish was made) be in writing on each piece of pottery or porcelain imported into the United States. But some countries, particularly England, put the country name on pieces years earlier. So if a country other than England is printed on the dish, it was probably made after 1891; but if England is in the mark, the dish may have been made as early as 1850. The words “Made in...” were usually used after 1915. (Exception to all these rules: Some pieces made in the twentieth and twenty-first centuries may have been marked with only a paper label. These labels are easily removed and may be lost.)

If no country name appears, examine the mark. Initials or short names usually appear on older pieces. Fancy trademarks were used beginning in the last half of the nineteenth century through the early twentieth century. The word “trademark” was used on English wares after 1855. Most of the marks that include the letters “Ltd.” were made after 1880. “Ltd.” is the abbreviation for “limited,” an English term with a meaning similar to the American word “incorporated.”

There may be some small impressed numbers on the bottom of your dish. Several factories marked dishes using a date-number system. If your dish was made by Wedgwood or Rookwood, or if you have a Mettlach stein (the numbering system used on it is easy to understand. Some other small impressed marks on dishes are just factory model numbers, models, painters, or patterns, however, and provide no help in dating the dish.

If your dish has only a pattern or factory name on the bottom and no country name, it is still relatively easy to judge the age of the dish. Many books are devoted to pottery and porcelain marks. If you know nothing about the plate, use a book such as Kovels’ New Dictionary of Marks, which pictures thousands of marks according to their shape. If you are sure that the dish is English, German, or French, look in any of the special marks books listed at the end of this book. Almost every English mark can be traced to its source. Books on French, German, Russian, or Scandinavian pieces are available in the United States, but some are not translated into English. 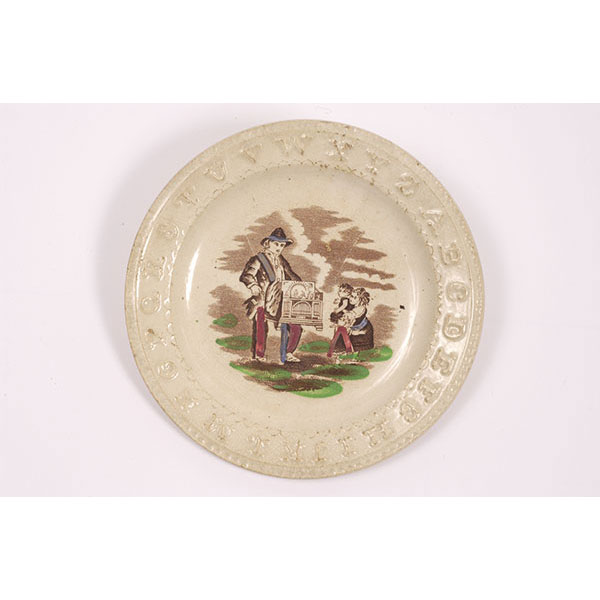 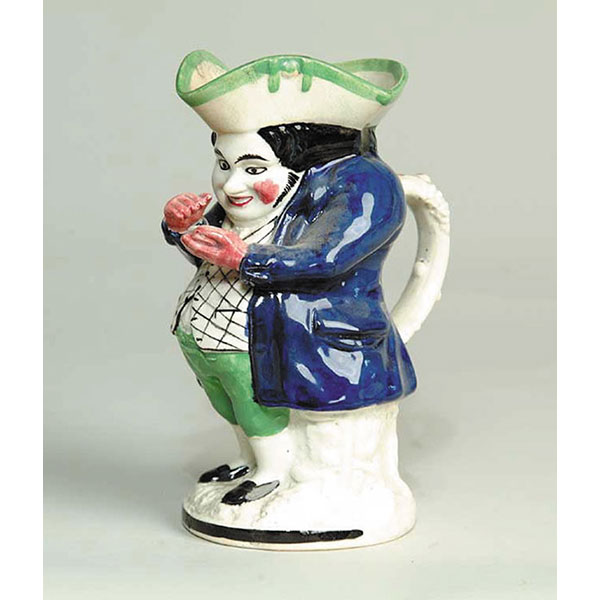 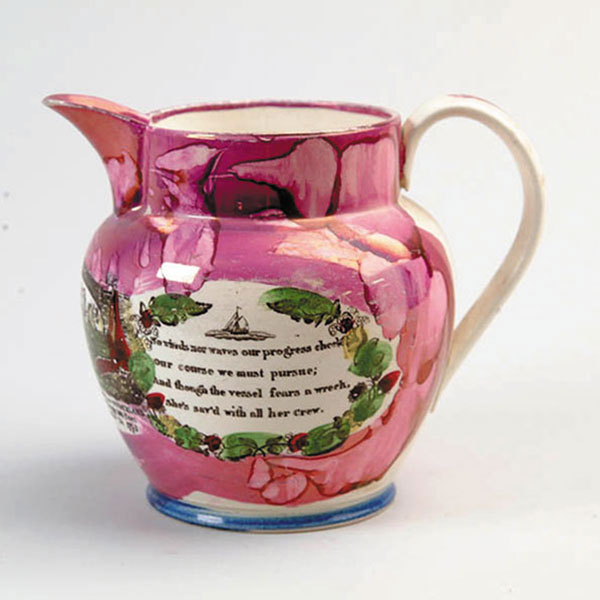 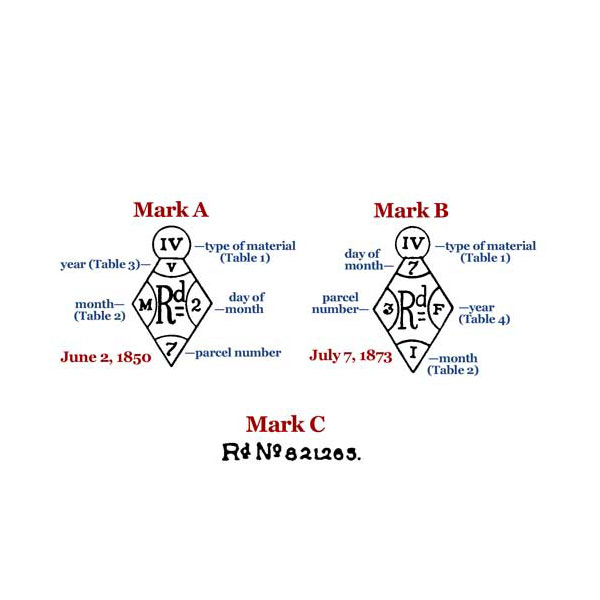 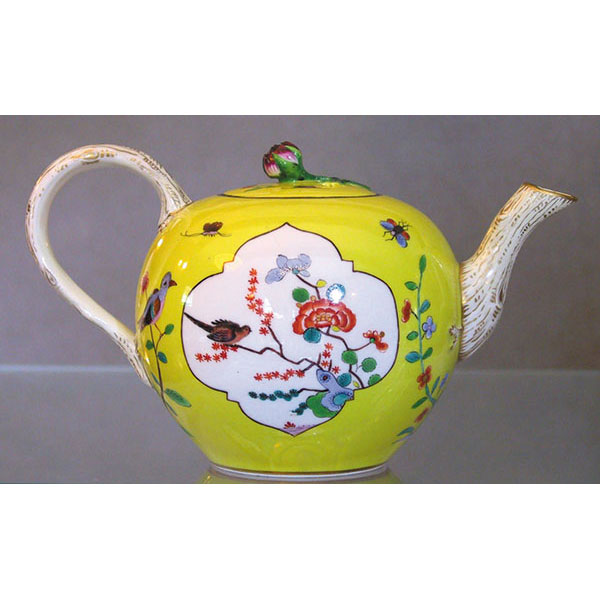 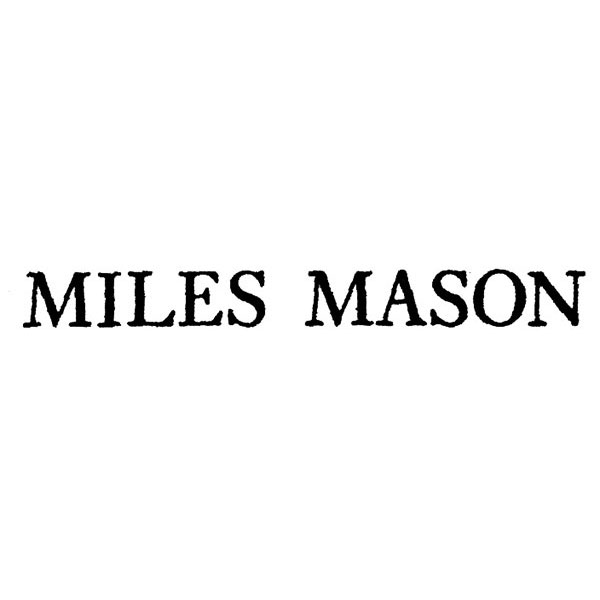