Gold and silver have always been expensive, so many of our ancestors bought serving dishes and spoons made of pewter and other less costly metal. American pewter was made as early as 1639. The first colonists from England brought their molds with them, and American-made pewter identical to the English wares was soon for sale in the colonies.

Early pewter has become one of those antiques that are sold upside down so the marks are visible. The English, British, and Continental marks can be identified. An eight-inch eighteenth-century English plate does not have a dollar value anywhere near as high as that of an American-made plate of the same age and size, even though they appear identical except for the maker's mark. Almost all old pewter, if marked, is marked on the bottom, not on the face of the piece. Beware of some twentieth-century English-made pewter that just appears old—and has a mark on the front of the plate.

Pewter is made from a mixture of tin, lead, copper, and other metals. Some pewter is dull, while other pieces are almost silver-like in appearance, and the metal's appearance depends on how much tin was included in the mixture. A simple trick will determine the grade of pewter. Rub a piece of pewter on a sheet of white paper. The heavier the mark it makes, the more lead in the pewter. The lighter the mark, the more tin in the mix, the more silver-looking, and better the quality of the pewter. No mark on the paper means 90 parts tin to 10 parts lead; faint marks have 75 parts tin to 25 parts lead.

Nineteenth-century pewter teapots were often made with wooden handles. This teapot by William Calder (1817-1856) of Providence, Rhode Island, also has a black-cast-metal knob on the top of the lid. 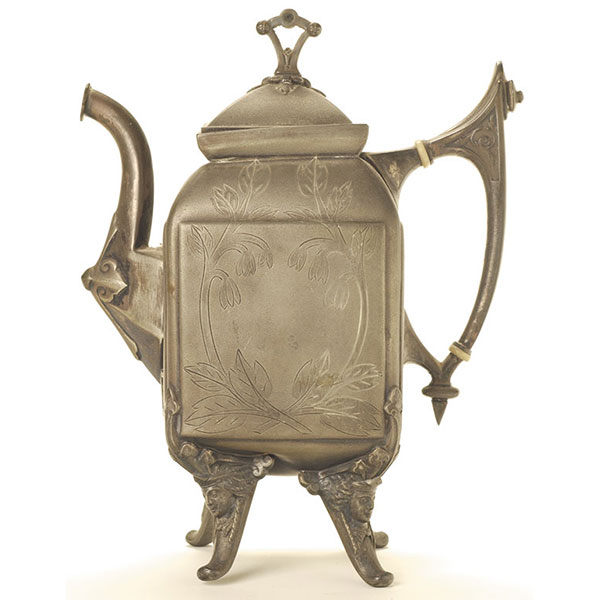 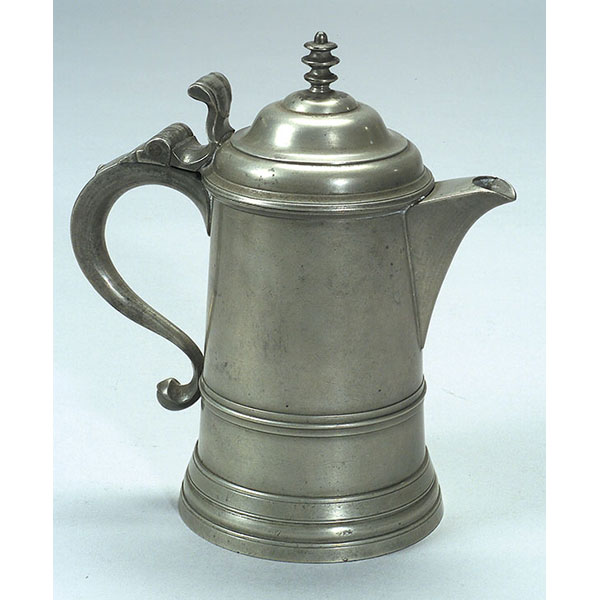 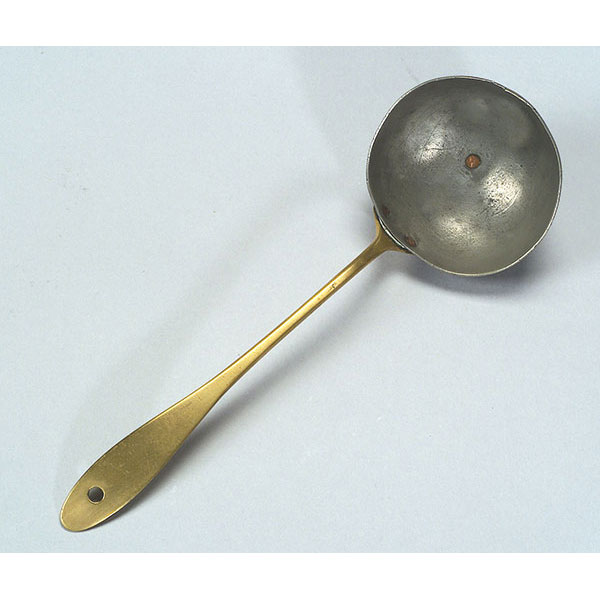 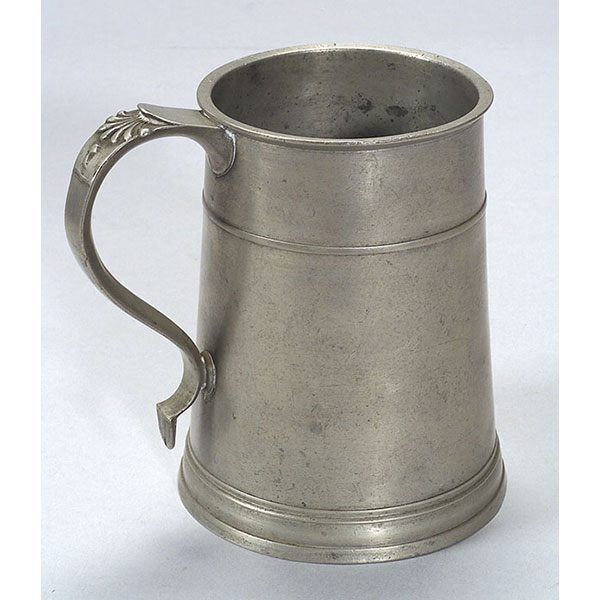