“Today you are You, that is truer than true. There is no one alive who is Youer than You.”
― Dr. Seuss

Happy birthday to the master of tongue-twisting, whimsical wild-haired characters himself, Theodor Geisel, a.k.a. Dr. Seuss! Born March 2, 1904, writer and cartoonist Dr. Seuss passed away in 1991 after a lifetime of creating worlds filled with nonsense words, rhyming life-lesson stories and magical characters.

Vintage Dr. Seuss collectibles, made from the 1950s through the 1970s, rose in value after Geisel’s death. While alive, he licensed toys and other items.

But there are rare Dr. Seuss collectibles made in the 1930s and ’40s. Theodore Geisel worked for an advertising agency and illustrated ads with comical characters that later appeared in his children’s book. He illustrated and sometimes wrote ads for Standard Oil, including his most famous ad for a bug spray with the tagline, “Quick Henry, the Flit.” The sprayer was decorated with a picture of a soldier. Later he approved a wooden doll promoting electricity. He also created characters and copy for Holly Sugar, Warren Telechron Clocks, Ford, General Electric, Daggett & Ramsdell Cosmetics, Stromberg-Carlson radios, and giveaways at a boat show in the 1930s that included a 30-page book and a Commission certificate, as well as Nuzzlepuss ashtrays. He also drew political cartoons and animated instruction training materials for the military during WWII.

His first book in 1937, “And to Think that I Saw It on Mulberry Street,” was rejected 27 times before it was published. But fame came with his clever book that used only 250 simple words in 1957, “The Cat in the Hat.” Later in his life, he created characters to help the environment like the Lorax who wanted to save trees. Geisel died in 1991, but his many children’s books are still popular.

Lunch boxes were one of the items he did license. In 2018, a 1970 “Cat in the Hat” lunch box with thermos sold for $92, and a 1970 World of Dr. Seuss lunch box with thermos sold for $50 in 2019. The opening of Seuss Landing at Universal Studios in Orlando caused the number of Dr. Seuss souvenirs hitting the market to explode faster than even Thing One and Thing Two could run to escape trouble.

The pictured item seems to be approx. 8 inches high. 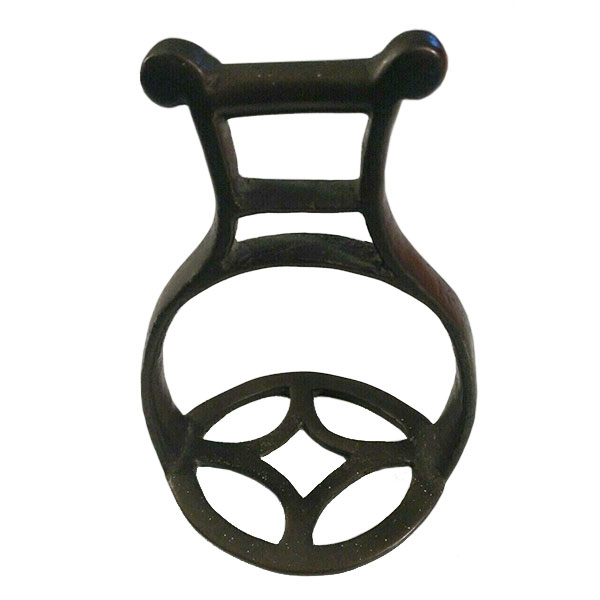 Q: Can you give us any information about this cigarette lighter? It’s marked “Patricia, Made in Occupied Japan” on the bottom. It’s silver-colored metal over glass.

A: The McKinley Tariff Act of 1890 mandated that all goods exported into the United States be marked with the country of origin. Japan was occupied by the Allied Forces from 1945, the end of World War II, until April 25, 1952. Items made for export to the U.S. during that period were marked “Made in Occupied Japan.” There have been collectors of cigarette table lighters since they were first made in 1939. Value of your table lighter, about $50.

Renovating old buildings can be a dangerous occupation in Charleston, South Carolina. Don’t think so? Just ask a recent electrical crew that was beginning a job in an empty building in the city that was the site of the first battle in the Civil War. The workers discovered a shell in the corner of the basement. After carrying it outside, they realized it was a Civil War-era artillery shell and they quickly called authorities.

It’s not uncommon in this southern city to find remnants from the war that ended 155 years ago. Just last year, two Civil War cannonballs were uncovered on a South Carolina beach in the aftermath of Hurricane Dorian.

In this case, the shell found in the basement was left by a family who had owned the property, the current owner, Thomas George, said. It’s been sitting in the cellar since he began renovating the building about a year ago. The shell is likely an 8-inch round for a Parrott rifle from the Civil War. An explosive of this type could have a blast radius of over 100 feet. The shell was handed over to the U.S. Air Force Explosive Ordnance Disposal unit for disposal. All unearthed shells belong to the military.

Be Careful with Potentially Explosive Antiques

Be careful with antiques that hold gunpowder, like guns, muskets, cannonballs, hand grenades and even bullets. Attic heat can make ammunition dangerous to move. Call your local fire department if you discover old weapons. A Civil War collector who restored old cannonballs was disarming a 9-inch cannonball that killed him when it exploded. The sparks from a drill or grinder may have set it off. The remaining explosives in his collection were detonated by experts.

With spring comes both the cleaning bug and the urge to redecorate. If you are on a budget, shopping at thrift stores is both a good idea and kind of fun! In addition to finding bargains (if you look beyond the junk), these visits are like a step back in time, usually to about the 1970s and 1980s.

Here are some suggestions to satisfy your spring fever:

Ceramic and glass platters. When people clear house, they often discover an excess of kitchen and household accessories. We recently decided to spruce up our kitchen for each season and holiday by getting a plate stand and finding a nice platter (one with a witch for October, and a snowman for December) to display in the corner of the countertop. All cost under $8 each.

Old patchwork quilts. Are your pets digging and scratching at your good furniture? Find a colorful old quilt (usually $10-$15, depending on the size), wash it and tuck it over the cushions and back of the couch or loveseat. Not only does it protect the furniture but brightens a room instantly!

Vases. Bring spring inside. Glass vases are available in all colors, shapes and sizes and usually cost less than $2. Splurge and create a mantel display of fresh flowers! (If you are lucky, you may come across a quality vase!)

Tablecloths. Think out-of-the-box and buy colorful tablecloths for your outdoor table. They cost $5-$10 and are way more classy than flimsy plastic ones. In fact, ditch paper plates and buy sets of dishes for outdoor use. Whole sets are available for about $20 for any size outdoor function.

Lamps. Does your living room seem gloomy but you are not willing to splurge on expensive new lamps? Check out thrift store lamps. I’ve found heavy brass lamps that just need a good cleaning and new shade for $25. Someday, I hope to find a  Stiffel!

The pictured item is 6 inches high. 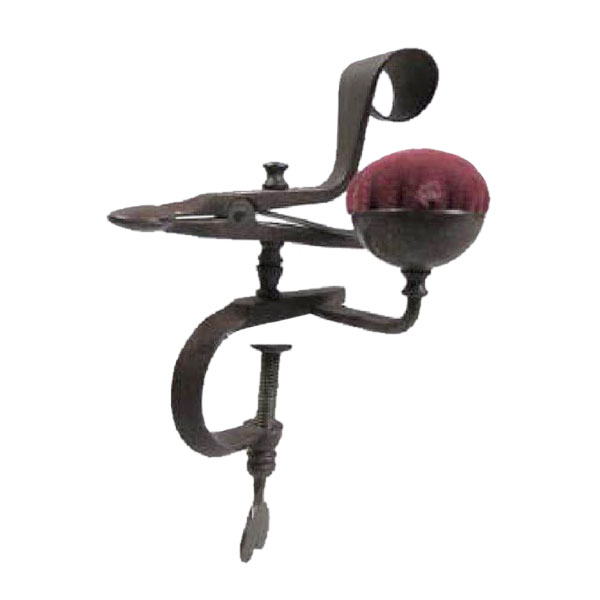 It Often Pays to Clean a Painting

“Portrait of a Woman” went from being considered a masterpiece by Dutch painter Rembrandt (1606-1669), to being declared as a “knock-off” painted by an unknown assistant, to now being worth potentially 10s of millions of dollars. A cleaning and new examination with modern methods led to experts re-evaluating its origin BACK to the paintbrush of Rembrandt himself.

In the 1970s, the Rembrandt Research Project, a Dutch organization that investigates attribution claims, decided the portrait that had been donated in 1961 to the Allentown Art Museum in Pennsylvania as likely the work an assistant or student of Rembrandt. Earlier X-ray analyses had some historians questioning the authenticity of the brushwork. The apparent lack of clarity in the subject’s clothing also fueled doubts, as did concerns about the artist’s signature, which is painted differently from those on many of his other works.

Two years ago, the painting was sent to New York University for conservation and cleaning. Removing decades of grime and layers of varnish from previous “restorations” cleared away the doubts about the brush strokes and subtle hues. And it turns out the signature used on this portrait is consistent with other works from that year, 1632, when the painter, whose full name was Rembrandt van Rijn, briefly wrote his name as “RHLvan Rijn.”

“Portrait of a Young Woman” is expected to go back on display in Allentown on June 7. The museum is planning an accompanying exhibition that will explore the processes of conservation and attribution.

Q: I inherited a black and white pitcher with Freemason details, George Washington, and the quote “To heavens High Architect all praise All gratitude be given Who design’d the human soul to raise By secrets sprung from heaven.” The number “#0199” is marked on the bottom. One eBay site lists the value at $2,400. Can you give me an estimate or instructions on how I can find out what it is worth?

A: Creamware pitchers with transfer designs of Masonic symbols and themes were made for the American market by several Staffordshire and Liverpool potteries in the late 1700s and early 1800s. Some featured pictures of prominent men who were Masons or illustrated historic events. George Washington was a member of a Masonic Lodge in Virginia. The poem quoted first appeared in a book about Masons in 1769. The mark on the bottom of your pitcher indicates it’s new, not one of the early Staffordshire or Liverpool pitchers. It may have been made to commemorate the 100th anniversary of Washington’s inauguration in 1989. Some of the prices you see online are asking prices that aren’t even close to what the item eventually sells for. An old Liverpool transfer pitcher could sell for over $1,000, but a new one is only worth less than $50.

You can glue missing stones back into costume jewelry. Find the glue used to glue watch crystals into the case. The glue will not yellow. Remove all traces of old glue. Put some in the setting, then lower the stone into place and be sure it is level.