Growing up, many Midwesterners spent vacations visiting grandparents who retired to Florida. These memories of the Sunshine State are filled with shuffleboard games, pelicans (how exotic!) and, of course, palm trees. Want to relive those warm memories of old-time vacation spots, pre-massive developments? Vintage postcards are one way. Postcards were first legally permitted in Austria on Oct. 1, 1869. The U.S. government began selling its first postcards with pre-printed stamps in 1873, and in 1875, the first International Postal Treaty was enacted to allow postcards to be sent beyond a country’s borders. They are snapshots of a time and an era! Here are some samples of some vintage postcards.

France Scrambling to Keep a “National Treasure” in its Country

It is a story proving to have more twists and turns than a James Bond thriller. An elderly French woman thought the religious painting hanging in her kitchen was just an everyday Greek religious icon. (See Kovels Komments, Oct. 23, 2019.) But the picture, painted on a 10-inch by 8-inch wooden panel and spotted by an auctioneer clearing the house, proved to be part of a work by the famous Florentine artist and early Renaissance master Cimabue (1240-1302). It auctioned in October for $26.8 million, far above the estimated value of about $6.6 million. The buyers were Chilean collectors from the United States who specialize in Italian masterworks. They outbid the Metropolitan Museum of Art in New York for the painting.

Here’s where the tale started twisting: The painting, titled “Christ Mocked,” was named a national treasure by France’s Minister of Culture and its export was blocked as the country works to raise the nearly $27 million to buy it. The ministry wants to keep it in the country, hanging in the Louvre near another painting by Cimabue, “Maestà.” The ministry said the country will have 30 months to raise the funds.

Sadly, the 90-year-old woman who put the artwork up for auction died shortly after the sale and her heirs will have to pay almost $10 million in inheritance tax.

While the sale has proven to be complicated, no doubt its discovery has spurred many to scramble through their parents’ and grandparents’ houses looking for another multi-million-dollar pot of gold. Who knows what’s still out there, hanging on kitchen walls?

Q: Can you tell me something about this metal dish? It’s been in a small china cabinet that belonged to my mother-in-law. I’m 103 years old, so I know the dish must be very old, too. It’s marked on the bottom “Mfd & Plated by Reed and Barton, Taunton, Mass., Pat. Apl’d for, No. 952.”

A: Henry G. Reed and Charles E. Barton started working together at Babbitt & Crossman in Taunton, Massachusetts. The company made Britannia ware, a shiny metal that looks something like silver. The two men took over the business in 1834 and renamed it Reed & Barton in 1840. Silver plated flatware and hollowware were made. The company began making sterling silver in 1889. Reed & Barton declared bankruptcy in 2015 and became part of The Lenox Corporation. Reed & Barton is still in business, in Bristol, Pennsylvania. Your covered dish is silver plated and is a style popular in the early 1900s. It looks like it needs a good cleaning, or perhaps needs to be replated. 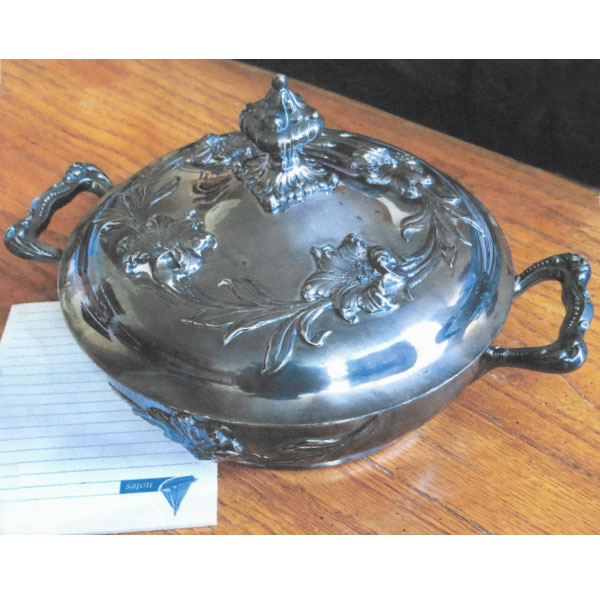 If you store paper ephemera like trade cards or labels in notebooks or photo albums, be sure to open the albums several times a year to let the air circulate. And be sure to use archival paper.

Provenance (a record of ownership) is key when selling items purportedly owned by historic or famous people. Although the ownership of a pair of 19th-century black leather boots couldn’t be tied with certainty to Napoleon Bonaparte, there was strong enough circumstantial evidence to push their recent sale to more than twice the auction estimate. The boots, reportedly worn by Bonaparte during his exile on St. Helena after his 1815 defeat at Waterloo, sold for $128,000 in Paris on Nov. 29.

The size 40 boots (size 7 in American shoes) match descriptions of Napoleon’s boot orders placed with shoemaker Jacques in Paris’ rue Montmartre. They were saved by General Henri-Gatien Bertrand, who had followed the French leader into exile, according to the Drouot auction house. The general later gave the shoes to a sculptor working on an equestrian statue of Bonaparte. The boots were given by the son of the sculptor to the French politician Paul Le Roux, a minister under the Second Empire of Bonaparte’s nephew, Napoleon III. His family has owned them ever since.

When packing a piece of pottery for shipping, look at the shape. If it has a hollow space larger than one inch across, fill the space with sponge, foam or bubble wrap.

Classic Blue is Color of the Year

Colors and color combinations often can immediately bring to mind a certain decade. In the 1950s, turquoise, often paired with pink, was popular in appliances, paints, décor and clothing. For the 1980s, forest green and magenta were totally rad. As we start a new decade, the Pantone Color Institute has designated “Classic Blue” as its Color of the Year. In honor of that, we have come up with five blue antiques and collectibles worthy of the new year. All are from the Kovels’ Antiques & Collectibles Price Guide 2020.

5. Aalto lounge chair, made of birch with a curved frame and blue upholstery, $1,476.

Q: I picked up this poster some time ago and always meant to find out about it. I know it’s a copy of the poster of the first Automobile Club of America show. The poster is about 8 inches high and 6 inches wide and is glued to a board. It says “Malcolm A. Strauss” on the bottom of the picture and “H.A. Thomas & Wylie Litho. Co. N.Y.” Can you tell me anything about it?

A: The Automobile Club of America was founded in 1899, one of the first automobile clubs in the United States. It merged with eight other automobile clubs to form the American Automobile Association (AAA) in 1902. Malcolm A. Strauss (1883-1936) was a New York artist known for his pictures that included early automobiles. He used this image again in a painting done for the poster advertising the second Automobile Club of American show in 1901. It’s interesting to note that the poster pictures a women driver, although women were not allowed to be members of the Automobile Club of America in 1900. The original advertising poster was probably much larger. An original poster might be hundreds of dollars. A reproduction print is worth less than $10. Your is worth less because it’s glued to a board. 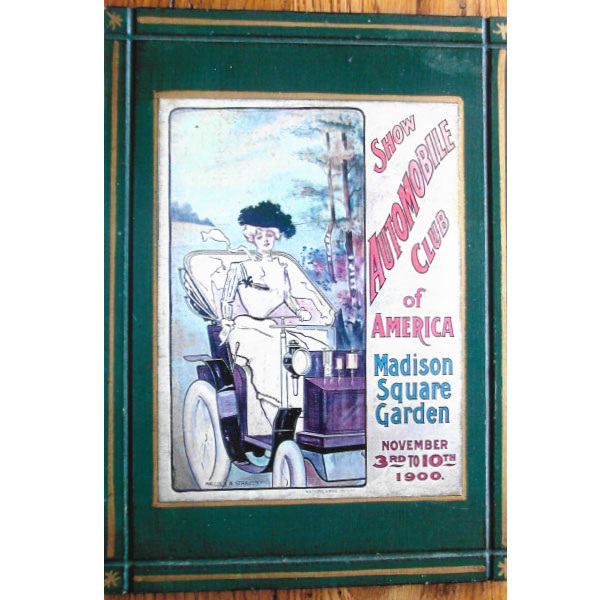 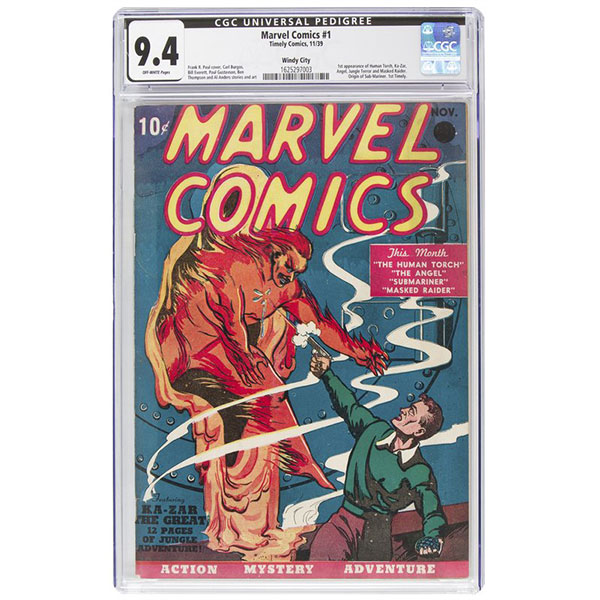 Q: Will you please help me with this? My mom passed away recently, we found two figurines with this mark on them. Not sure where they came from and she never really said. 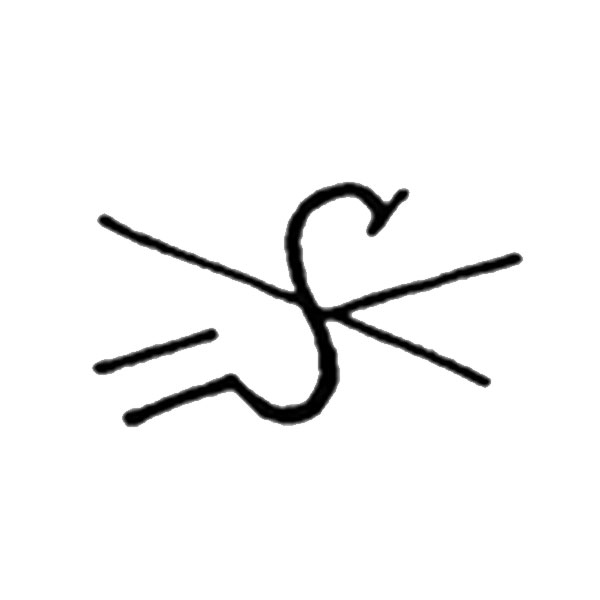